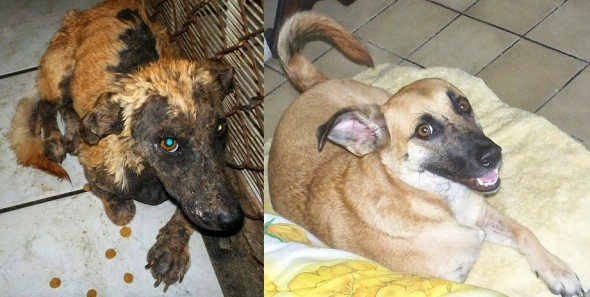 While visiting Mexico and enjoying hikes through the desert, one man came across a dog that looked so sickly, he thought at first glance that she was dead. But because of his compassion and some help from others, the dog was rescued, given a home and has made a miraculous recovery.

A tourist, whose identity is unknown, was trekking through the Mexican desert when he saw a dog that appeared to be at death’s door. She looked up at him with soft brown eyes that silently pleaded for help. 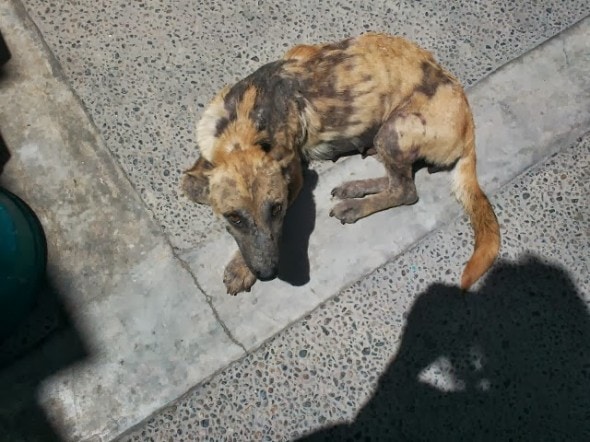 In the middle of the desert without food, shelter or water, the man knew she wouldn’t survive much longer on her own, and vowed to do whatever he could to help. He went to the nearest store for provisions, but they did not carry dog food, and none of the employees spoke English. So he bought tortillas and water, which the dog ravenously scarfed down.

The man stopped some biking tourists who were passing by, and explained the situation. The five people talked about what could be done. The man decided he would go back to Torres Mazatlan and try to find an animal rescue organization. When he returned with a rescue worker, the dog was gone. 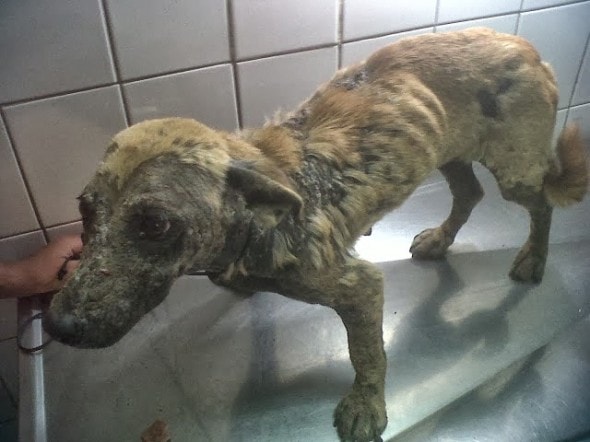 Fortunately, after he left, one of the tourists made an effort to find her. Sally is an American who had lived in Mexico for a number of years, and had worked with rescue groups before. She contacted a Mazatlan veterinarian, who went to the Cerritos area to search for her.

They managed to find the dog, and brought her to the Conrehabit shelter Martha, the worker who originally helped look, emailed a photo to the man to confirm that it was her. Despite her poor health, Sally took her in and added her to her pack of five rescue dogs.

The dog, named Tania, has made a 180-degree change. She went from being homeless, unloved and barely clinging to life to being homed, healthy and happy. 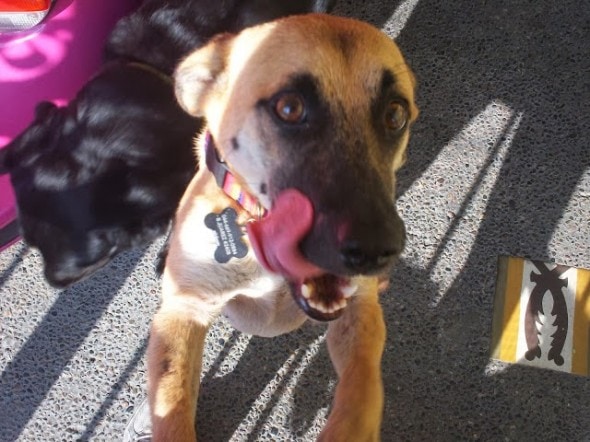