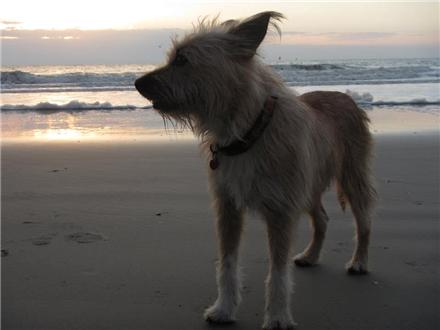 When the Watts family’s dog Scruffy went missing they considered putting up flyers but then decided to use Facebook instead. Social media helped bring Scruffy home in just a few days.

Ted Watts had to travel out of state last weekend and couldn’t take his dog Scruffy with him, so he asked his son to watch Scruffy for him. Unfortunately on Saturday night when Watts’ son went to open the door to his car Scruffy ran off.

Watts considered putting up the traditional lost dog flyer but decided to give social media a try instead. “I immediately posted on my Facebook ‘help, help, help, my dog’s missing,’” Watts said. The response Watts received was overwhelming. Soon hundreds of people in Watts’ community were sharing pictures of Scruffy and looking for him. Soon several Scruffy sightings were being reported and by Thursday morning Watts and Scruffy were reunited.