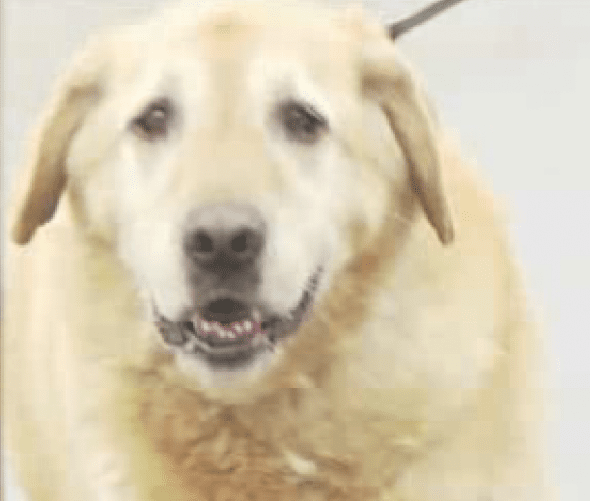 When Ann Miller proudly posted a photo of her the golden retriever she had just adopted to her Facebook page she couldn’t imagine what it would lead to.

Miller went to Cass County animal shelter with her daughter to adopt a cat when she spotted the golden retriever. “He kind of reminded me of, kind of looked like Old Yeller,” she said. “And you just kind of looked at him, and he was the perfect dog. He was just sitting there looking, not barking.” A week later she was back at the shelter to return the crate for her cat and she saw that the dog was still there, so she decided to take him home too.

Excited about her new dog Miller posted a photo of him to her Facebook page. One of the comments on the photo sparked Miller’s interest. “Someone said, ‘I think that’s the dog that was missing from Plymouth, Indiana in an accident,” Miller said. “And it all just kind of escalated from there.”

Miller and some friends looked into the accident and found a story online about a dog named Max, a golden retriever that was in a car accident in Marshall County, Indiana last November. Max had been travelling with his owner Dave Vitali from Georgia to Grand Rapids, Michigan to be reunited with Vitali’s 11-year-old daughter for the holidays when they got into an accident. Their pick-up truck flipped over and Vitali was hanging upside down, bleeding, with Max lying next to him. As sirens approached Max got scared and took off.

Once Vitali got out of the hospital he and his family searched all over trying to find Max. They contacted local media and soon Max’s story was known all over Indiana. Vitali even received some leads, but they all turned out to be other dogs. Soon three months had gone by and there was no luck finding Max.

As Miller read the story about Max she found a number for someone who knew Vitali. So Miller sent a text message to the number stating, “My name is Ann and I am from Indiana, trying to find Dave Vitali. Do you know if he has found Max? I adopted a dog yesterday and it looks just like him.” Miller got a reply within minutes, “Hello Ann, no he has never found Max. This would be amazing if there is still a possibility that it is him.” The friend gave Vitali’s number to Miller and she contacted him. Vitali asked for pictures and upon receiving them he immediately called her certain that she in fact did have Max.

Vitali was able to describe several features of Max that all proved consistent with the dog Miller had just adopted. He described his collar, the thickness of his tail which resembles that of a squirrel, and several other features of Max’s appearance and demeanor. Three months after Max had gone missing he had finally been found. Vitali will be driving from Georgia to Indianapolis later this week to pick up Max. “It’s just like a dream come true,” Vitali told Miller.