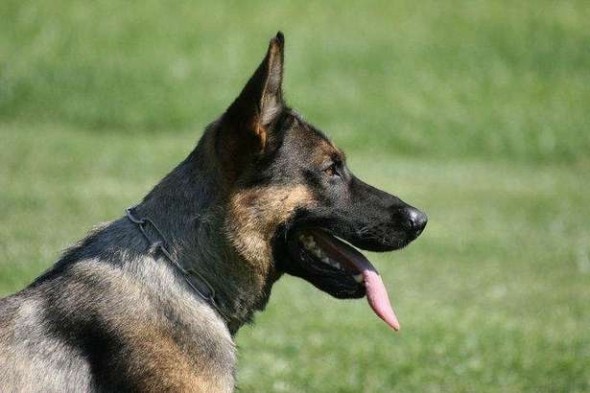 They had an incredible bond, having been through so  much together, and when it came time for Reno to move on his partner and friend Tim Nading was there to see him off.  Reno was 11 and worked as a police dog in Des Moines with Officer Nading from 2003 to 2011 when he retired.  He continued to live with Nading and his family  and “In retirement, he built a great bond with them, and he was their protector when I was at work,” Nading said.

Reno was best known for having survived 2 gunshot wounds early in his career.  While relentlessly chasing down a suspect who had already shot one man, Reno was himself shot by the suspect.  He continued to chase however, and in the ensuing gunfight between the suspect and police, he was accidentally shot a second time.  Despite having suffered a shattered vertebrae and kneecap Reno was back at work and stronger than ever just 4 months later.  The suspect was arrested and remains in prison.

For his efforts and dedication he and Nading received the police department’s distinguished service award, and Reno also was awarded a key to the city.  But that was not the end of Reno’s accomplishments.  In 2005  he and Nading were part of the Des Moines team that won the U.S. Police Canine Association National Championship. Then the following year, Reno was recognized as the police dog of the year at the American Kennel Club/Eukanuba National Championship. 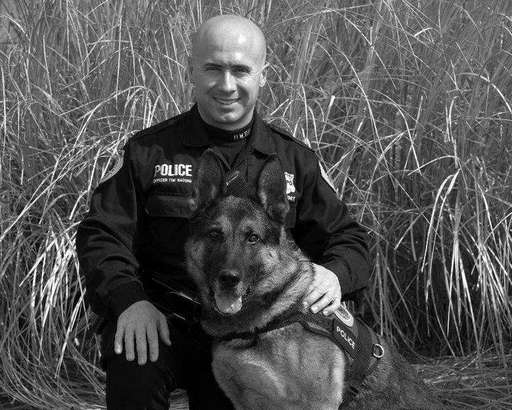 When Nading came home last Wednesday afternoon he knew something was wrong.  “Normally, he greets me at the back door,” Nading said. “When I finally got to him, his eyes were completely glazed over. … He looked like he’d aged 10 years.”  After rushing him to the vet it was discovered that a soft tissue tumor had ruptured , and there was nothing that could be done to save him.  As is most fitting, Reno died in the arms of the man he spent his life with.