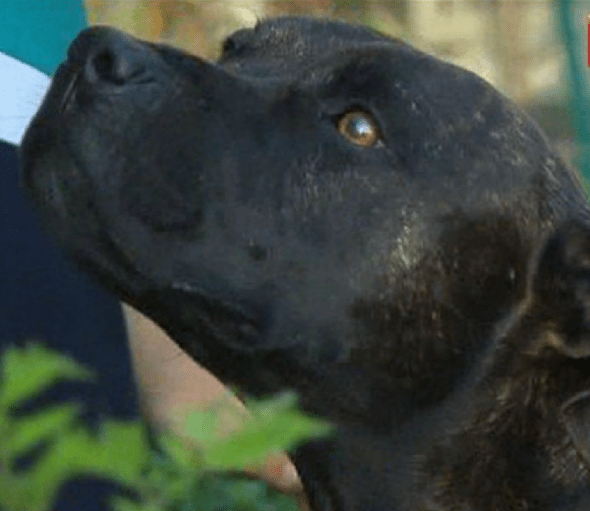 A Staffordshire Terrier named Jeff is lucky to be alive after he took on one of the most venomous snakes in the world to protect the three young children in his family.

Last Wednesday morning Jeff was in the vegetable garden of his family’s home in Gold Coast, Australia where the family’s three young sons spend most of their time playing. That morning Jeff came face to face with an Eastern Brown snake. The Eastern Brown snake is considered the second most venomous snake in the world and could easily have killed one of the three children.

“One drop of venom has enough power to take out 16 healthy adults, so one bite can take out 100 people,” said snake catcher Tony Harrison.

When Michael Moskwa found Jeff and the Eastern Brown in the yard the snake was dead, but Jeff was also in bad shape.

“He was just laying there and the snake was right beside him and I’m guessing he just got hit,” said Moskwa.

Jeff had been bitten on his nose and was rushed to the vet where he was given three shots of anti-venom. The vet warned that the anti-venom probably wouldn’t work and the family prepared for the worst.

“We didn’t think we would bring him home, so we were telling the kids he may not come home,” said Tammy Moskwa.

Jeff surprised everyone when he pulled through and he is now home with his family who are grateful for their protector.