A dog from Jacksonville, Florida is being called a hero today, after alerting the aunt of a three-year-old girl who had fallen into a backyard pool and almost drowned.  The aunt had been watching her two young nieces at her home when the incident occurred.  Had the dog not been barking up a storm at the time, things may have ended very differently. 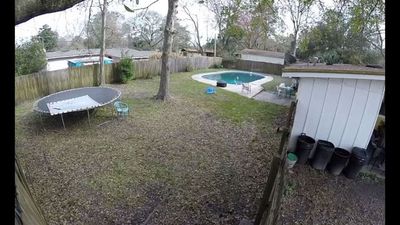 The little girl was in the backyard playing at the time.  The aunt turned around and took her attention off of the little girl for one second, and she managed to fall into the pool.

After falling in, the aunt’s dog, who was right there the whole time, went “barking mad” in an attempt to alarm someone to what had happened.  The aunt took notice of the dog’s barking straight away.  She jumped into the pool after the little girl, pulled her out of the water to safety, and alerted neighbors to call 911. 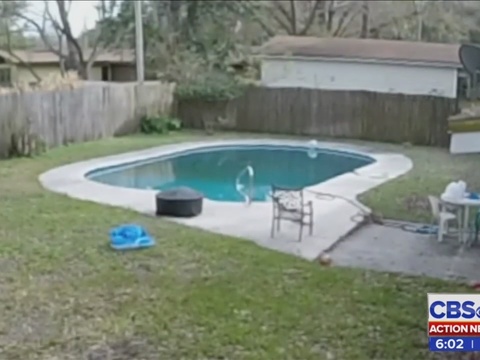 “She said the dog alerted her, barking. That’s why they went out and checked the pool,” neighbor William Fender told WOKV.  “She found the baby in the pool and she dove in, clothes and all to save her…. The dog is a hero.”

The little girl was responsive and breathing at the time she was pulled out of the water.  Emergency services arrived and brought the little girl to Baptist Medical Center.  As of the time this article was written, there were no further updates on the little girl’s condition, other than the doctors consider it to be stable.

Share your heroic dog stories with us here in the comments section below, or on our Facebook page.