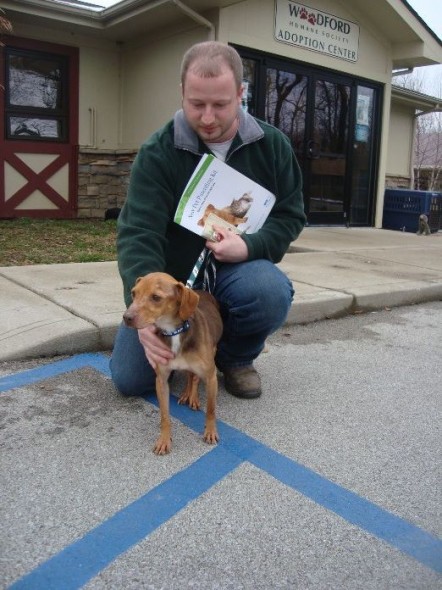 Out of a terrible case of animal cruelty there is a story with a happy ending. When dozens of animals were seized from a farm run by Cheryll Jeffers the news helped reunite one dog with his family.

Cheryll Jeffers, who also goes by the name Cheryll Ford, has been charged with animal cruelty after the animal hoarder’s farm in Kentucky was investigated. Dozens of animals were found dead at the farm. Fourteen surviving dogs were signed over to the Woodford Humane Society. One of those dogs was a beagle mix named Hershey.

When Hershey’s family saw the news story on Jeffers they recognized the woman and immediately called the humane society hoping they would find their lost dog. Hershey’s family had looked into finding a pet-sitter to watch Hershey while they moved when they met Jeffers. She told the family she was a pet sitter and rescuer and they entrusted her with his care.  The animal hoarder then skipped town with Hershey and his family never saw him again, unable to track Jeffers down.

The phone call to the humane society brought good news to the family when it was discovered Hershey was in fact one of the rescued dogs. He was thin, but alive. On Thursday Hershey finally got to go home with his family. “They were ecstatic, we were ecstatic, there were some tears flowing,” said Amy Thomas from the Woodford Humane Society. “It’s really honestly one of the happiest ending that could come from a situation as horrific as this.”

The Woodford Humane Society is still caring for several more dogs and cats taken from the farm. Many are ready for adoption. For more information on adopting or making a donation visit their website.