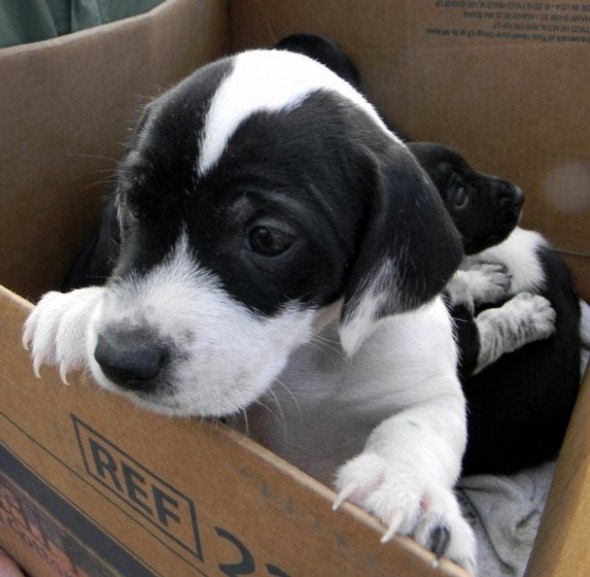 When Shari Carter rescued an abandoned dog last year she had no idea what she was in store for.  When an older dog, a dachshund mix, showed up in their yard last summer they knew it had to have been left.  They live in a rural area where a dog like that would not be likely to stumble upon their property on it’s own.  “She was dumped,” said Carter, who is retired from the Kentucky Department of Juvenile Justice. “We tried to find out who owned her” but came up empty.

The dog, who has been named Eleanor, got along well with Nicki, the Carter’s 2-year-old German wire-haired pointer and Labrador mix and endeared herself to Carter’s 13-year-old daughter Cameron.  So, she found herself a home, but the adventure was only just beginning.  Eleanor, who is thought to be about 5 or 6, needed to be in better health before she could be spayed as she had been diagnosed with heart worms.

“She was real timid when she came to live with us and didn’t seem to be in the best physical health or have much stamina. She increasingly became stronger and more active as the result of daily walks and playing with Nicki,” said Carter.  The only problem with that was that the neighbour’s dog managed to get loose and impregnate Eleanor before she was spayed.

Eleanor has since given birth to 7 adorable pups, but that wasn’t easy either.  She had complications in labour and had to be rushed to hospital for a cesarean section because the first pup had become stuck in the birth canal.  “We were pretty concerned about her,” said Carter, “It was a big event.”  Despite the drama, Carter has no regrets.  “She’s the best dog I’ve ever seen; she’s really good-natured,” Carter said. “She has the sweetest disposition and is a good companion for Nicki.” 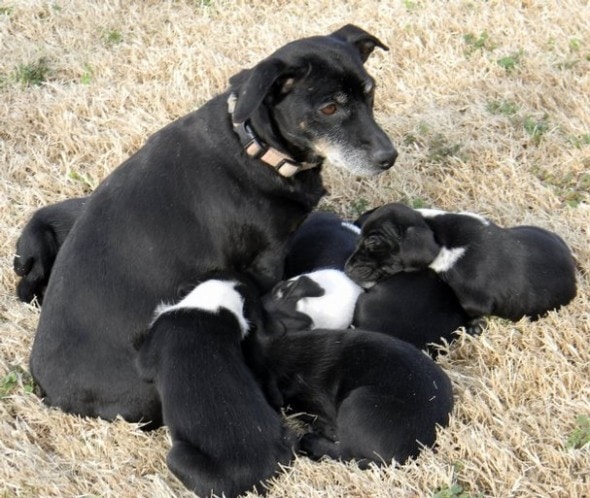 Since they already have 2 dogs and a cat, they are working to find good homes for the babies, and 2 are already spoken for.  “We want families that are in it for the long haul,” Carter said. “Puppies/dogs take a lot time, patience and expense. I’d hate for one of them to dropped off somewhere because the owner lacked the commitment. We have taken very good care of the pups and want their future owners to do the same.”

Anyone interested in adopting a puppy should call Jim at 748-1425.