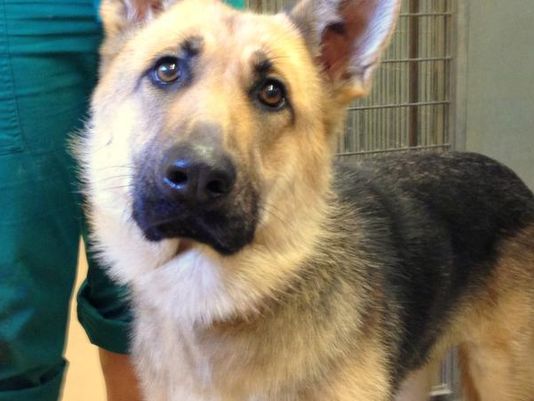 A Rochester, NY man has been arrested thanks to a neighbor’s video of him repeatedly spraying a dog in the face with a hose and striking her with a rake.

The video, uploaded to YouTube, garnered enough attention to launch an investigation, and Brett D. Neil was arrested and charged with animal cruelty by humane law enforcement officers after Lollypop Farm, the Humane Society of Greater Rochester, saw the despicable deed.

“While we were conducting our investigation according to criminal procedure, a group of vocal citizens generated publicity that actually hampered our progress,” said Reno DiDomenico, director of Law Enforcement at the Humane Society of Greater Rochester in a statement. “As a small SPCA agency with just three officers and funded solely by donations from the community, we don’t have access to the same resources as municipal police or sheriff agencies. Despite the noble intentions of our animal-loving community, constant demands for action outside of the scope of the law and interference in investigations jeopardize our ability to build cases that may ultimately bring animal abusers to justice in the courts.”

Neil surrendered the dog, named Princess, to Lollypop Farm. He is scheduled to appear in Rochester City Court on Thursday, and is facing a one-year jail sentence and/or a $1,000 fine.

UPDATE: It has been discovered that Princess has not been removed from the home, and that Neil will retain custody of her. If you would like to sign the petition to see her taken out of that house and given a chance at finding a good home, please click here.