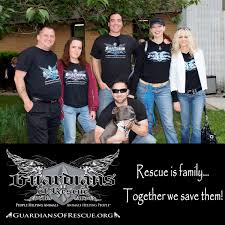 In a recent press release by the Guardians of Rescue, a disturbing new trend was pointed out that seems to be taking hold in the dog rescue community where people are setting up fake rescue groups and trying to turn a profit, even though the bogus rescue group is set up as a non-profit organization.

These “Pop-Up-Rescues” as they are commonly referred to, pose and incorporate as NPO’s, then seek out and collect donations solely for profit.

Not only are these spurious rescue groups bilking people out of their hard earned money, but they are also notorious for mass shipments and truckloads of puppies being sent across state lines, in some of the worst conditions imaginable.  These huge shipping containers offer little to no ventilation, are often left filthy, and bear no certifications of proper health inspections, which is putting local dogs at risk for things like parvovirus and canine distemper.

Robert Misseri, president of Guardians of Rescue said in the press release, “Overcrowded store fronts, lack of medical paperwork and vetting, viral outbreaks and even breeding dogs are some of the irresponsible acts these alleged rescuers engage in.  Because puppies are a big sell, overcrowded trucks from the south transport puppies to New York and some groups are even purchasing puppies from puppy mills and saying they are rescued dogs from death row shelters, tagging them with an adoption fee of $500-$600 and sending them out without a bill of health or sterilizing them.”

To combat the unethical and often downright illegal practices, animal rescue organizations of Suffolk County, New York are working together to create what they are calling the Rescue Responsibility Act.  This piece of legislation provides a means of directly monitoring the actions of rescue groups, and a set of criteria by which to hold these groups and their leaders accountable for many of the inhumane and neglectful practices they participate in.

In New York as it stands, there are no laws to regulate rescue groups.  The Guardians of Rescue are hoping that Suffolk County will set the standard and pace for many other counties and hopefully in the future, whole states to get on board with the proposed legislation.

“It is sad to think that people can stoop to a new low on the profiting of animals,” Misseri said. “The state of Connecticut has laws regulating the import of companion animals and so should we.”

How can you tell if a local rescue group is legitimate?  Here’s a short list of things to look out for, so you can rest assured any newly adopted family member has been well taken care of, properly socialized, and has a clean bill of health: