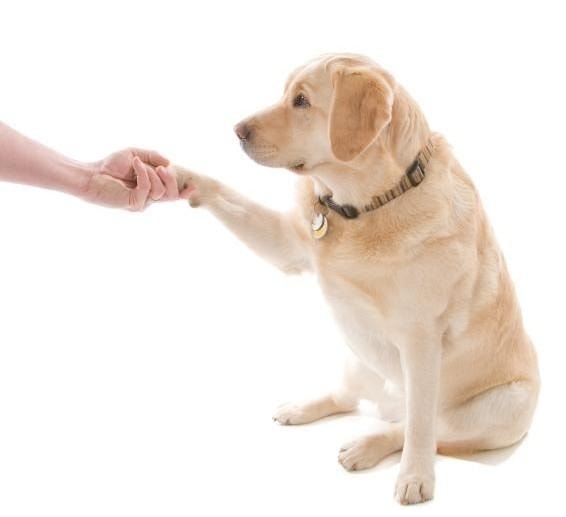 If love is considered one of the best medicines, then puppy love must be the wonder drug we’ve all been waiting for.  Now, the first clinical trials are being run by the American Humane Society on something they are calling AAT, or animal assisted therapy.

Young patients and their families are having dog visits included along with their regular cancer treatments, and early feedback shows some positive evidence that the interactions are quite beneficial.

“Obviously, we know that the children like to see the dogs,” Amy McCullough said.  She is the AHA’s national director of humane research and therapy.  “But the folks in risk management want some clinical data.”

The benefits of pet therapy has been something doctors have studied, believed in and known about for some time.  The aim of this study to provide factual evidence of the value and benefits that so far, professionals have only been able to guess at.

The million dollar grant backing the research is being provided by Zoetis, and with extra support from the Pfizer Foundation.  The study, being called the Canines and Childhood Cancer Study, is hoping to be able to provide hard evidence of the positive effects, both physical and psychological, on the child, parents and family members or caregivers.

“It’s really this crucial exploration of the child – animal bond and how that is a crucial path to healing,” AHA president and chief executive Robin Ganzert said in an interview.

A randomized, controlled trial has been arranged in five children’s hospitals where they will be following a sample size of 100 kids between three to twelve-years-old.  There will be a lucky 50 kids given regular interaction with specially trained therapy dogs, and 50 kids will still receive the best cancer care possible, just without any interaction from the pooches.

The five year study will be tracking things like blood pressure, heart rate and psychological responses the children have when interacting with the therapy dogs.  The patient’s families and caregivers will also have regular interaction, and their responses will be tracked as well.  They haven’t left the dogs out of the study either.  The stress hormone cortisol, which can be detected in a dog’s saliva, will be checked both before and after the interactions, to make sure that they are being kept in top health as well.

Scott Baggett, a certifier for a large AAT agency called Pet Partners, notes these dogs are no ordinary, run of the mill pooches.  No indeed.  These very special, very smart dogs go through some serious and rigorous training to become a therapy dog for this type of situation.  Many obedience tests, and a very still health screening are just a small part of what they go through to get this job, but every single dog that manages to make it and become an official therapy dog, seems to absolutely adore having so many friends, and really seem to enjoy the work that they do.

A special promotional event which you can click here to see a video of, was covered by USA Today in Washington, D.C.

Results for the study are expected to be seen in about 12 to 15 months.

“We are going to be able to put some data behind it and get people really enthused about the power of pets and the power of animals,” AHA member John  Payne said.