The lives of 27 puppies were saved by firefighters after a cold-hearted woman decided to set fire to her Las Vegas pet shop. She was arrested and bail has been set at $400,000. The puppies were taken into a shelter and now await adoption.

Gloria Eun Hye Lee was captured on security video letting accomplice Kirk Bills into the Prince and Princess pet store just before 1 am on January 27. Lee collected store files as Bills doused the floor, shelves and cages with gasoline before setting them aflame with a lighted newspaper.

Firefighters saved each of the puppies trapped inside, and credit water sprinklers with keeping damage to the shop and surrounding strip mall to a minimum.

Lee was arrested, and Bills is still being sought on an arrest warrant. Each faces charges of first-degree arson, conspiracy, burglary and 27 counts of attempted cruelty to animals.

“I can presume she’s going to go to prison for this,” said prosecutor Shannon Clowers. “This is absolutely, 100-percent egregious.” 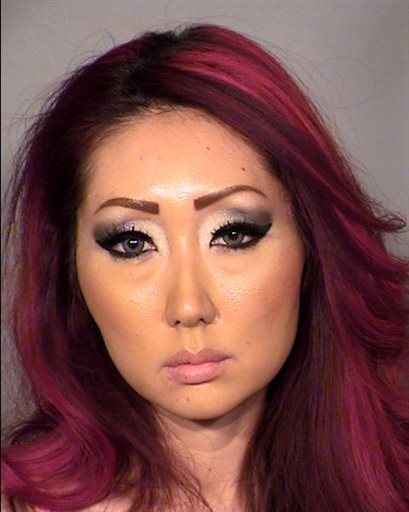 Emotions ran high at Lee’s court appearance, with animal advocates armed with signs. One protester was escorted out of the Clark County Regional Justice Center after she angrily confronted Lee and called her despicable.

“When you intentionally attempt to burn to death 27 puppies, what do you expect?” said Gina Greisen, head of advocacy group Nevada Voters for Animals.

“To call her not a danger to the community is absolutely astonishing,” Clowers said of Lee’s defense. “She and her boyfriend poured gasoline throughout the puppy store and lit it on fire.”

Lee was convicted of forgery in 1999 and larceny and escape from a bank in 2001.

“The fact that she committed escape, whether it was 10 years ago or 20 years ago, still shows what her behavior is,” Clowers commented.

“We’re elated she was remanded today,” Griesen concluded. “We’ll be following this case all the way through.”