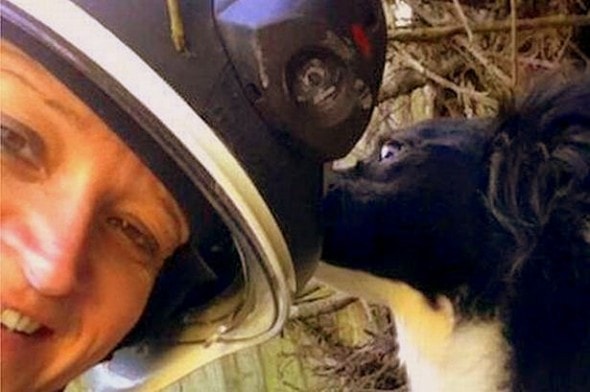 A Collie feared to be dead was pulled from the debris two days after a massive explosion leveled two homes in Clacton, UK. She began barking when she caught the scent of a search and rescue dog, and was soon reunited with owners.

An explosion rocked a residential street in Essex at 8:30 on Wednesday morning. One home was completely destroyed, and another was split in half. A third house was badly damaged.

Several people were feared to have died, but astoundingly, no one was killed. Ten people were injured, but one man in his seventies is said to be suffering life-threatening injuries. 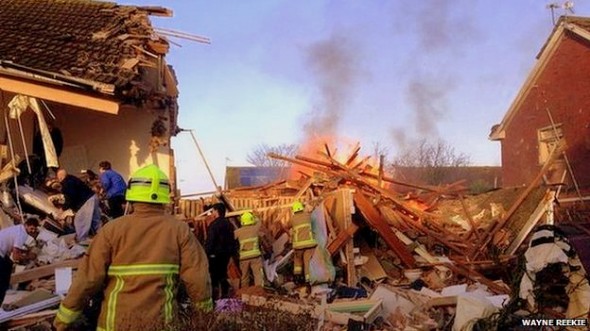 Carryad’s owners could not find the four-year-old dog after the blast, and believed she had perished.

“We were carrying out an inspection of the site when we heard a whimpering noise,” said Hertfordshire Fire and Rescue Service handler Nikki Harvey. “Reqs was immediately alerted and bolted over to where the noise was coming. As we cleared the debris, out popped her head. She was at the bottom of the garden and had been sheltered by trees and other debris. She was frightened and quite scared so she was coaxed out with some dog food.”

“I imagine that Carryad heard or smelled Reqs and she started barking,” posited Essex County Fire and Rescue Service station officer Dave Barritt. “We heard something coming from the rubble so dug down where the sound was coming from and we found her there. It was such a nice surprise. I didn’t think that was something that would ever happen. It amazing that she could come out of that looking so well.”

Fire investigators believe the explosion was caused by a faulty gas line. 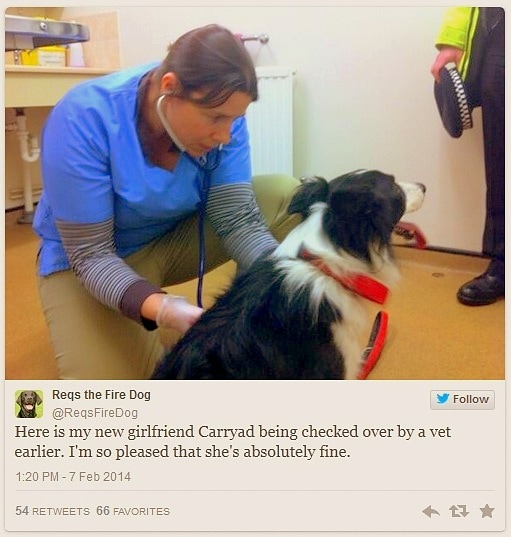