St. Helens, England, has recently received heavy rains that have flooded many areas. Local firefighters have been busy rescuing humans in need, but on Monday morning, the one who needed rescue was a dog. The four-legged West Highland terrier was trapped in a tunnel after the heavy rains swept him there. 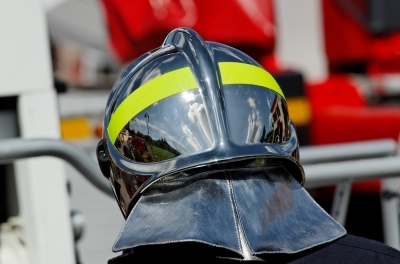 “The dog was in a small weir type area which had a grate in a tunnel,” Watch Manager Gary Kay, member of the Search and the Rescue Team, told St. Helens Star.

The tunnel was not larger than 4 ft. and it seems the pet was pushed through a safety grate into the tunnel by the rapid moving waters. Fortunately, the dog managed to climb out on to a ledge that ran down the tunnel.

When rescuers arrived at the scene they heard barks. A firefighter was able to come close to the scared dog and keep him calm while the rest of the crew mapped out a rescue plan.

Using safety ropes, a fire rescuer was lowered to where the dog was trapped. It was necessary to cut the grate to reach the pet, but once the dog was secured, both, fire hero and dog, were lifted to safety.

Once again we want to thank firefighters across the world for putting their lives at risk not only to safe humans but our beloved pets as well.