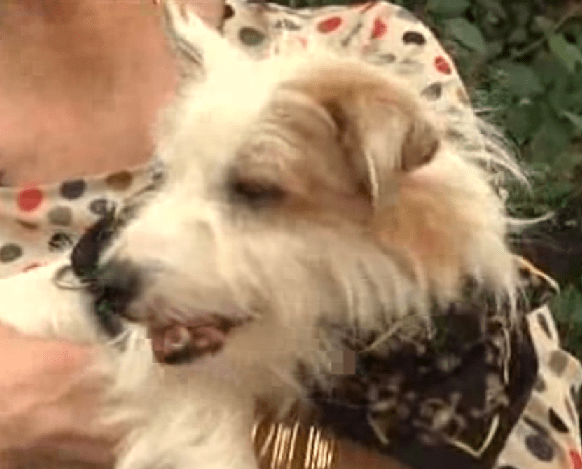 When a five-year-old Jack Russell terrier named Buckshot escaped from his backyard fence Sunday afternoon he got himself into some trouble.  Buckshot became trapped underneath a dock. First responders came to his rescue.

When first responders from Ladys-Island Saint Helena Fire District arrived on the scene there had been a miscommunication and they expected a man to be trapped under the dock. Instead what they found was Buckshot trapped and his owner in the water with him. Buckshot had swam under the dock and crawled between the float and decking most likely to try to get warm. Buckshot became wedged and stuck in this spot.

Buckshot’s owner had jumped in the water to try to rescue Buckshot himself. “He refused to abandon his dog, so (firefighters and EMTs) worked quickly to rescue the dog,” said fire district spokesman Lee Levesque. Firefighters started pulling up the boards of the docks to get to Buckshot.

Both Buckshot and his owner made it safely out of the water with no injuries. Buckshot’s owners are very grateful for the first responders and their efforts to save Buckshot. “They treated him really, really like he was a person,” said Buckshot’s owner. “I couldn’t respect them anymore. The way they acted was so wonderful.”