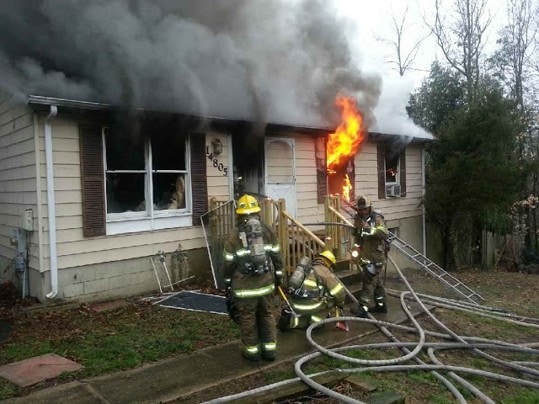 When a fire broke out at an Accokeek, Maryland home, two occupants spotted the flames and rushed out.  But Coco didn’t know what was happening – the tiny Shih-Tzu is blind.

Coco’s owners tried to find him, but he was hiding and wasn’t able to find his way out.  Firefighters spent 20 minutes battling the blaze, but still, no sign of Coco.

Firefighters found him in the kitchen and rushed him to a paramedic, who administered oxygen.  Coco gulped down “a few breaths of oxygen,” seemed to be fine, and was reunited with his owners, according to fire officials.

Prince George Fire Department spokesman Mark Brady said the cause of the fire is under investigation.  The home was of functional smoke detectors, he added.

The home sustained $100,000 worth of damages, and the family has been displaced.  Though they may have lost their home, the owners are elated that they still have their Coco.

2 thoughts on “Firefighters Save Blind Dog from Blazing Home”