Police in Moore, Oklahoma are investigating the suspicious death of one of their K9 officers.

On Saturday evening, 5-year-old Bak was found dead on the side of the road. His body lay near the intersection of I-35 and Indian Hills Rd. It appears that the dog suffered a massive trauma consistent with car hits, but in this case, there is still room for doubt. 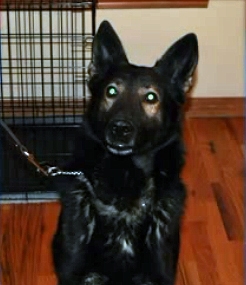 That’s because someone entered the back yard of Bak’s handler in the 4200 block of S. Eastern between 10 p.m. Friday night and 3 p.m. Saturday afternoon and set him free. More troubling is the fact that his yard was fenced and Bak lived in a gated community. In order for him to make his way to the area where he was found, someone would have to have let him out of his crate, out of his yard, and out of his neighborhood.

“We couldn’t determine exactly what happened to him and we are bringing in a veterinarian who specializes in these types of investigations and he will be examining him to determine what happened,” said Lt. Ted Belling with the Moore Police Department.

“We take these things very seriously. Unfortunately, K9s are targets of people trying to kill them or do harm to them and it does happen periodically. It is a crime to do that. And we will investigate it to the best of our ability,” he added.

Only one of two K9s on the force at the Moore Police Department, Bak recently celebrated three years of police duty. Anyone with information regarding the incident is asked to call the Moore police department at (405) 799-4357.