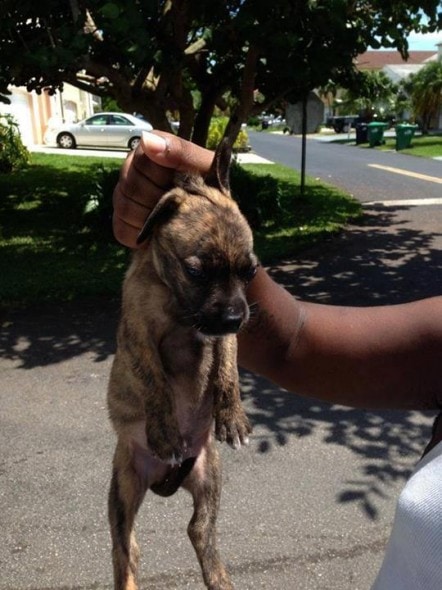 Yesterday, a photo surfaced on Facebook of a Florida woman clutching a terrified puppy by its scruff, offering to sell it and its siblings to be used for ‘trunking.’ Four of those puppies were saved by dog lover Claudia Navarrete and other volunteers, who rushed to the area to buy the dogs from the woman.

Trunking is a disturbing new trend in Florida, wherein two dogs are locked in the trunk of a vehicle and forced to fight to the death while the vehicle is being driven around with music blaring. If one of the dogs survives, it moves on to another trunk fight. 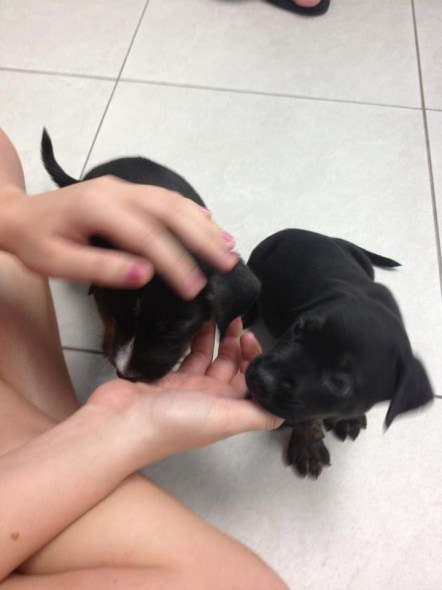 100 + Abandoned Dogs of Everglades Florida began circulating the picture (origin unknown) yesterday afternoon, triggering a frenetic response by concerned dog lovers, including this writer. Most were not in the area, or were not available to help, but three women did – Alexandra Irizarry, Andrea Psomopoulos and Claudia Navarrete.

It was reported that the woman selling the puppies was in Cutler Landings, a gated community in Homestead, Florida. Animal control was called, but without an exact address, they did not take much interest in the case.  (This writer has since contacted every board member of Cutler Landings to inform them of the goings-on in their community to try to put a stop to the sale of puppies for such heinous purposes.) 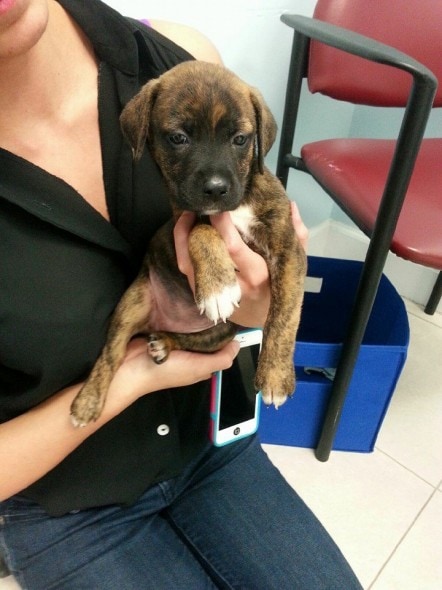 Alexandra lives in Homestead, and said she would go there right away. Though Andrea lives an hour away, she also made the drive. Neither could keep the puppies, but both wanted to make sure they would not fall into the wrong hands. The puppies were being sold for $5, so it would be easy for anyone will malicious intent to snatch them up, no questions asked.

Claudia lives half an hour away, and she skipped class to ensure the puppies’ safety. Alexandra made it to the complex, but there was confusion on where to go next. The address was listed as 12000 SW 268th Terrace, but that was the entire community, not an individual house. 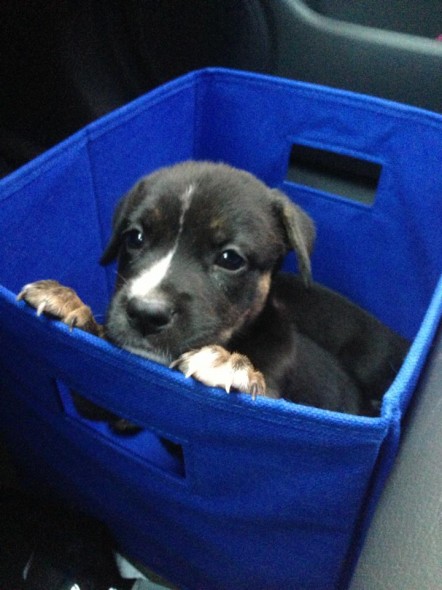 “We knocked on the same house number in a different street and peered inside,” Alexandra said. “The house we looked in was clean and seems legit, they had a gate that could be for dogs or a baby. We didn’t hear any signs of dogs. But literally the whole family came outside which seemed fishy. But since we can’t see the face of the lad I don’t know if it was them or not.”

She drove around the area for an hour and a half, but did not want to risk her safety by asking too many questions. Claudia had better luck. She told the guard on duty that she was there to see a house for rent, and was let inside the community. 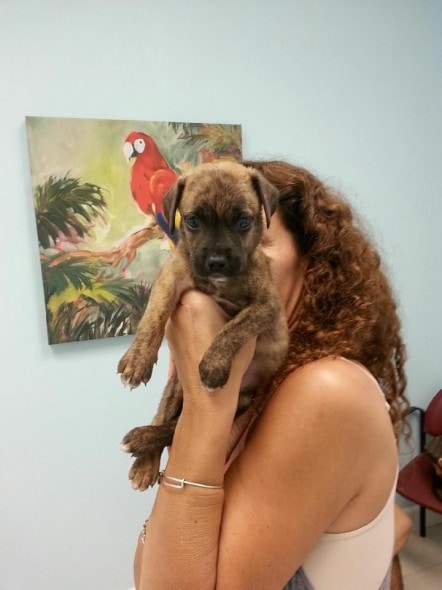 It took awhile, but she was eventually able to find the person selling the puppies. The price had been raised to $10 apiece, and Claudia did not have enough cash. She went to an ATM and took out enough money to buy the four puppies. Sadly, six of the puppies had already been sold, and the mama dog is still out there somewhere, but at least she was able to save four from what may well have been miserable and torturous lives.

Claudia met up with Andrea, and soon with another 100+ volunteer, Cindy, who transported the puppies to an emergency pet center. Carol, another volunteer, and Amy Roman, founder of 100+, also arrived to help. The puppies were surprisingly healthy, and were taken into a foster home for the night. 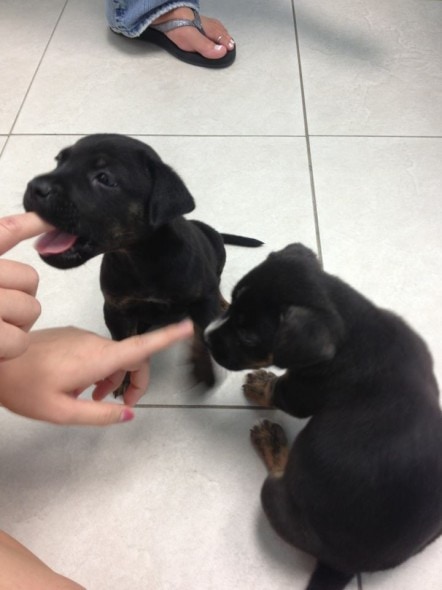 “Glad I got the pups for the night… they are all well fed…playing, eating, pooping, sleeping…what all six-week-old puppies do best!” said volunteer Roxanne Sitarz.