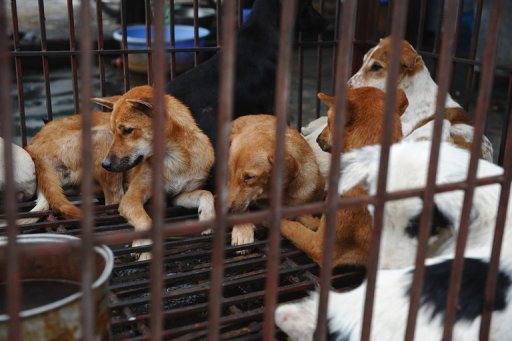 When seven people in a Vietnamese village were accused of killing two men last month, the rest of the village stepped up and admitted they played a role in preventing the men from stealing dogs to be used for meat.

A petition was started to stop police from singling out seven people who were reported to have taken part in the murder of two men who were stealing dogs to take to restaurants.

Police have been investigating the matter, and confirmed that “a rumored 800” people signed the petition.

An anonymous official from the Danh Thang community said the petition drew “hundreds of signatories” because “hundreds of people attacked the thieves.”

Though it horrifies westerners, many Asian countries still consider dog meat a delicacy. In Vietnam, it is usually eaten at the end of the lunar month.

But not everyone partakes in this custom, and many enjoy dogs as companions instead of dinner.

Dog owners do not wish to be robbed of their furry family members, knowing what fate lies ahead of them, and have taken the law into their own hands.

Media reports of angry, dog-loving mobs have been on the rise, and are not expected to cease until the practices of dog-eating and thievery subside.