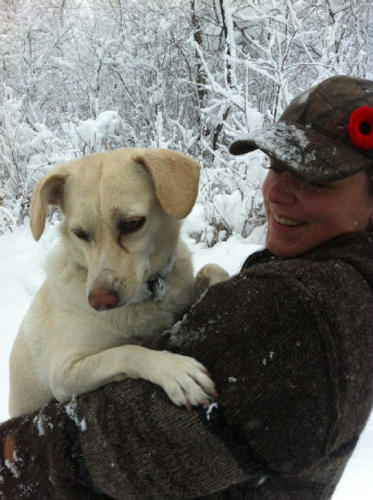 It’s hard for some to imagine what life in Afghanistan is like for people, never mind dogs.  In a land where there are often treated like vermin, used for dog fighting and harassed and tortured, not many canines have a good life.  Thanks to retired lieutenant-commander Albert Wong, who now lives in Toronto, some of those dogs are fortunate enough to be saved and given homes that probably seem like heaven.

Wong was posted to Afghanistan in 2005-06, and when he came back he brought along Wutan, a dog he adopted there.  Ever since, he has been helping others to do the same, rescuing street dogs.  He calls it the Wutan project. Wutan was a local dog who had been useful as a mine and bomb sniffer. “When we were rotating out, we felt we shouldn’t be leaving him behind,” said Wong.

Wong teamed up with Pam Constable, an American journalist in Afghanistan, and they created an underground railroad to shuttle dogs around the country and  to a safe house in Kabul.  From there they are flown to Islamabad, Pakistan, for vet checks and shots, and then on to new homes in Britian or the US or Canada.  “It’s part of our healing, for both sides, for the animal and the soldiers. It’s a pleasant connection they have with Afghanistan,” said Wong.

Erin Mather is a Canadian who served in Afghanistan for six months, most of it cut off from the outside world in Dand and Panjwai districts.  She had a shadow, a blond dog that she named Gougoune, a version of the French for flip-flop, which the pup had a habit of stealing from the Van Doos posted there.  Mather did not want to leave her behind, so with the help of the underground railroad they got Gougoune to Canada.
Though it cost her $3000 to get her home, Mather says having the dog with her at home in Canada has really helped her adjust and deal with the experiences she had in Afghanistan. “Every time I look at my dog, that’s something really positive,” said Mather. “I don’t think I would ever be able to reconcile with leaving her there. It’s probably the most positive thing I’ve done, for myself and for her. Animals are truly innocent, in all the things people do to each other.”