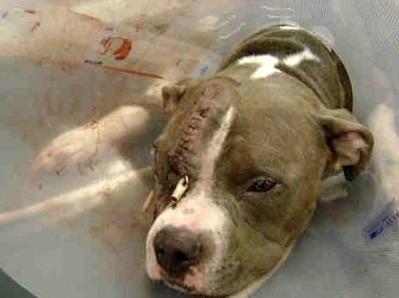 A dog named Frank is in need of a loving home after being rescued by a compassionate passerby who saw him being beaten by a mob.

“He had an open gouge of a wound to the point where you could almost see his skull,” said animal control officer Paul Schmidt. “He had several open wounds along the right side of his face, including part of his jowls.”

A woman was driving down a street in Milwaukee when she saw the dog being attacked by a group of people armed with sticks, bricks and rocks. She immediately pulled over and opened her door. She called to the dog, who ran right to his rescuer and leaped into the car. 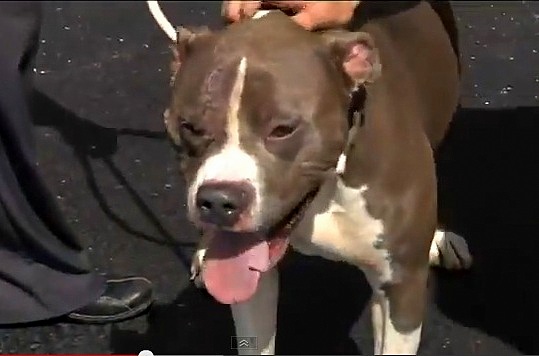 The dog was called Frankenstein by shelter staff, because that’s what he looked like when he arrived, barely clinging to life. He still has to recover, but Schmidt, who responded to the call, said he’s coming along well.

“It feels awesome,” said Schmidt. “It’s always great to have an animal we pick up that we don’t know who the owner is to get out of here and go have a new wonderful forever home.”