For people eating at a cafe in Montoursville, Pennsylvania, what had started out as breakfast ended up being a daring dog rescue!  Across the street from the café was a dog, trapped on a second-story ledge.  This prompted some of the diners to risk serious injury to get the dog down from there.

One of the diners, Sharon Goss, said, “We see this and I’m like, ‘there’s a dog on a ledge over there!’ And so we are all looking, because it’s the second floor.  We’re not sure how it got there, but there it was!” 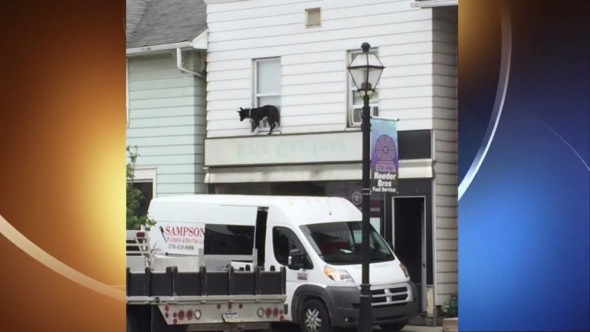 Even though no one knows for sure how Jack, a three-year-old husky mix, got himself stuck there, it was clear that he had nowhere to go, and people were worried that he would decide to jump.

Two men eating at the diner decided not to wait for emergency services to show up.  They got over to Jack as quickly as they could, and all the while the other diners snapped photos, and video of the rescue was also captured. 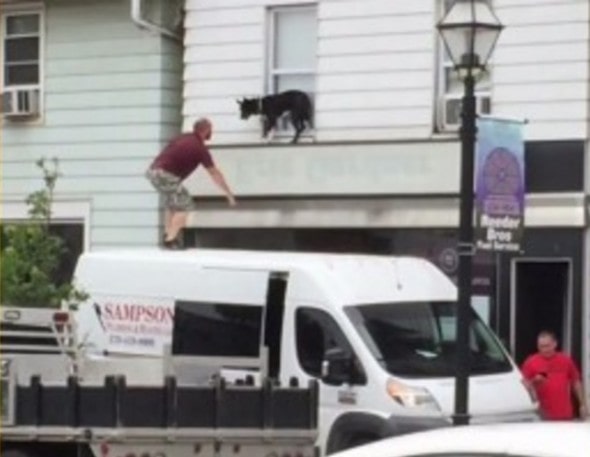 The two men worked for a plumbing and heating company, so they used their van to get on top of, and see if they couldn’t get Jack to come to them.  There wasn’t a lot of room up there, maybe about seven or eight inches, and the fall to the ground would have been about 15 feet.

Eventually, the two men managed to get to Jack, and get him to safety.  Who knew plumbing and heating men were also part-time super heroes as well? 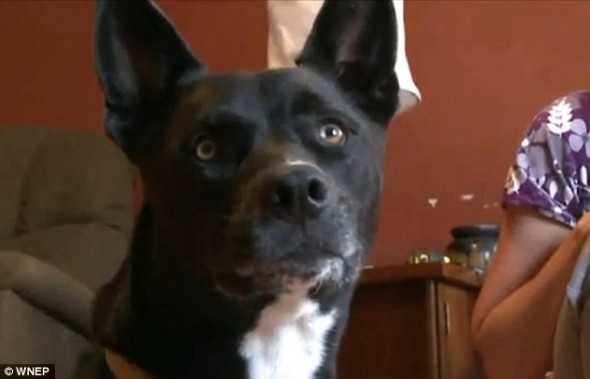