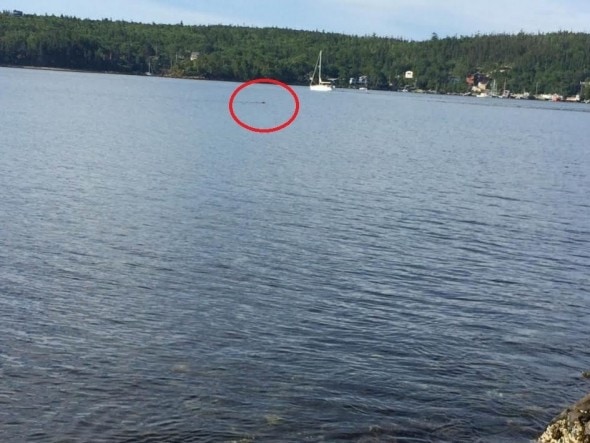 When Lisa Delong took her dog Nellie to the ocean this past Sunday, it was to cool off.  However after Nellie found herself too far out in the water and unable to swim back to shore, a fun day at the beach almost went very bad.  Thanks to Adam Parker, this story has a very happy ending!

“I think she thought she was going for a good swim and then got confused about where to go,” said Delong in an interview with The Dodo. “She couldn’t really differentiate between what shores to come back to.”

At this point, it’s estimated that Nellie was about 1,000 feet from the shore.  She was swimming, albeit very slowly, and her cries were audible for a great distance.  All Delong could do at the time was watch, given that even if she could swim out to Nellie, there would be no way to be able to get both of them back safely.

“I’m not very big and certainly I knew I wasn’t strong enough to swim 300 meters [1,000 feet] in each direction and get her back.  There was nothing I really could have done.”

A few moments later, a man called Adam Parker arrived on scene to find a frantic Delong, a crowd that had gathered, and a dog struggling to keep her head above water.  Delong had even called the local yacht club, hoping that someone with a boat would be willing to rescue Nellie. 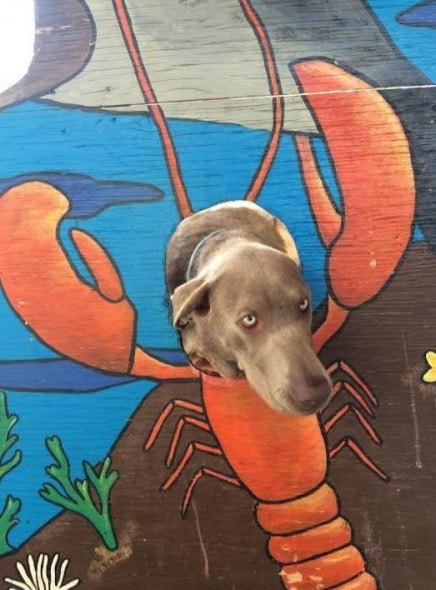 “I overheard a guy saying that Nellie had been swimming for close to an hour, and that people were calling the yacht club looking for help,” said Parker, who had been walking his own dog, Otis, to The Dodo.

Parker is a paramedic, and is used to having to spring into action at a moment’s notice.  There was no hesitation at all.  He jumped right into the ocean, and started to swim over to Nellie.

“I would not have been able to live with myself if I had been standing there and watched Nellie drown,” he says.  “So I made the choice to go after her.”

Once he made it out to her, he was tired and very out of breath.  He knew that he just couldn’t give up for anything.  He grabbed Nellie by the collar, and directed her towards the shoreline.  He had to redirect her a few times until she finally got it right.  Eventually, she got the idea that she needed to go in the direction he was pointing her and they were on their way.

It took a lot of work, but they finally made it back to dry land.  It wasn’t until then that Nellie dropped the ball she’d been clutching the entire time, and literally COVERED Parker in kisses.  Aside from being exhausted, they were both physically OK, and didn’t require any immediate medical attention. 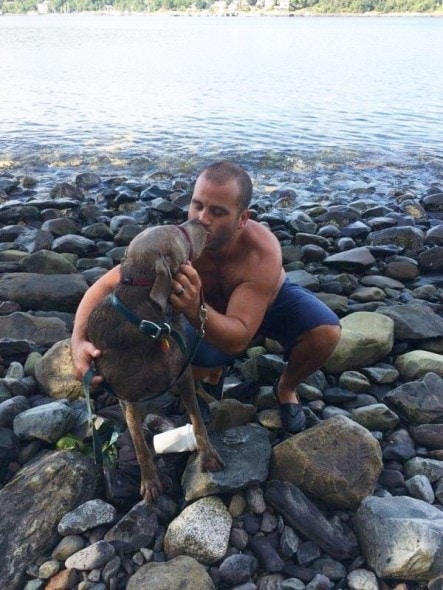