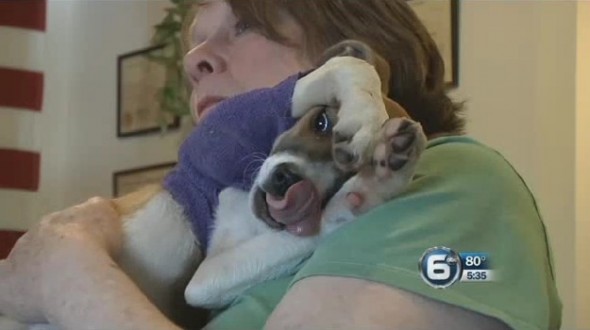 A group of students at Tazewell New Tazewell Primary School in Tennessee are raising money to help a stray dog that wandered onto their school grounds.

The limping dog made her way onto the playground during recess, possibly having been struck by a car beforehand.  Third and fourth grade students feel bad for the homeless dog, and are determined to raise the money necessary to save her leg.

“This dog, I think it’s a little bit little, but it still needs help and stuff like that. And it’s just a little dog, and people really do feel sad about it,” said fourth grade student Braden Owens.

“We’re trying to raise money to help the dog so it can have its surgery and so it doesn’t have to live its life as it is now,” said fourth-graders Jorden Funk and Taylor Morcale. 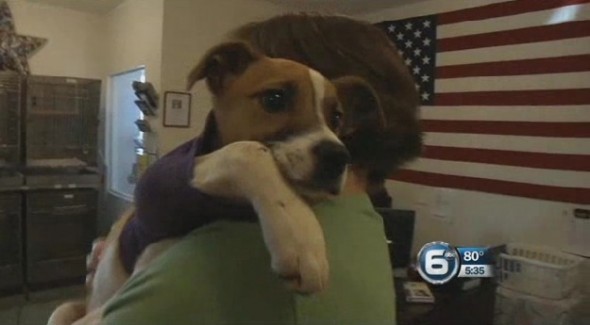 TNT’s leg is broken, and requires pins to fix.  If she doesn’t receive the pins, her leg would likely be amputated.

“Last night we did an Alert Now that went out to all the parents letting them know that we were going to attempt to raise the money for the animal to have surgery.  It’s $400,” said school principal Paula Goins.

Shelter director Lisa Martz is touched by the kids’ dedication to this dog, and finds their actions heartwarming.

“When the kids said they wanted to raise the money, we went ahead and based on that, scheduled her an appointment this afternoon to go to the vet in Knoxville and get her leg fixed,” Martz said.

The kids raised more than half of their $400 goal after just one day of fundraising.  They are also collecting items for other shelter animals in need.  Teachers at the school are also quite proud of their pupils.

“The students got excited and wanted to step in and help do whatever they could,” said teacher Erica Pressnell.