Gary was with Carrie right up to the very end.  The little bulldog was by her side all the time, whether it was a movie premier or a night at home snuggled on the sofa.  The two were inseparable.  Until now.

Gary shared his feelings via his Twitter account, Carrie Fisher’s Dog (@Gary_TheDog), demonstrating the same love, affection, and sense of humor that was so characteristic of his late owner: 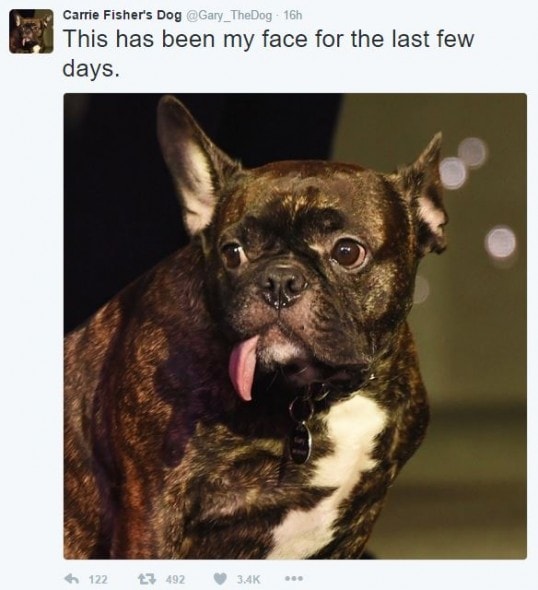 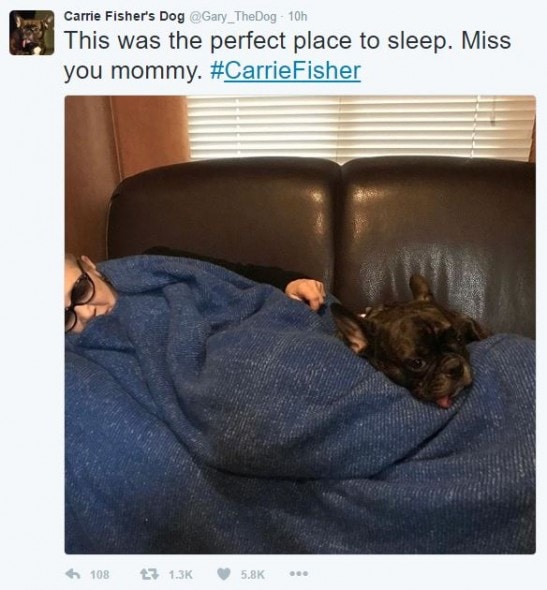 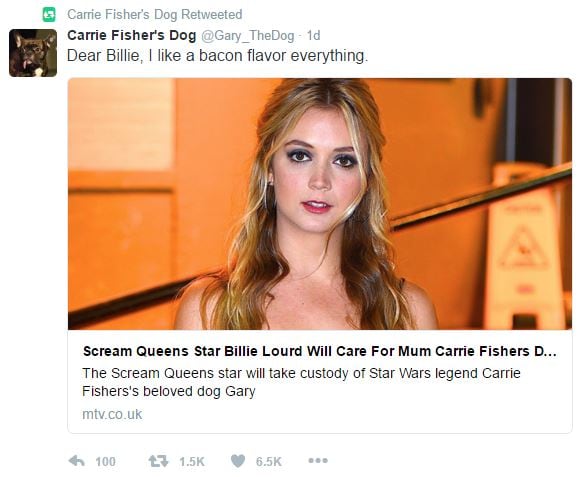 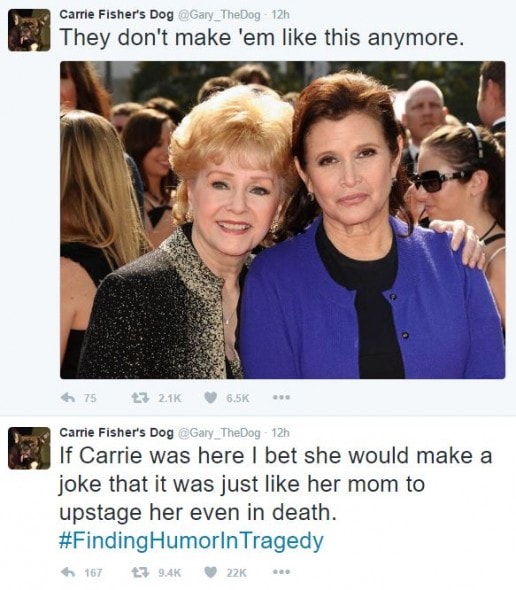 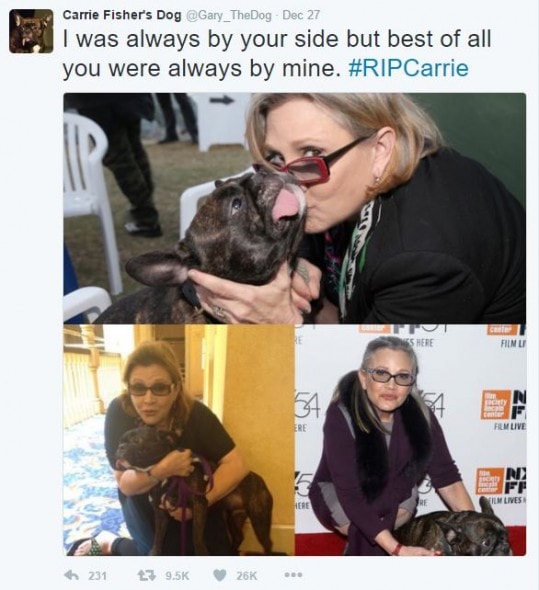 It is important to note that the author of Gary’s tweets was a fan, but was honored that Carrie was retweeting “Gary’s” words. The fan posted a note to that effect. 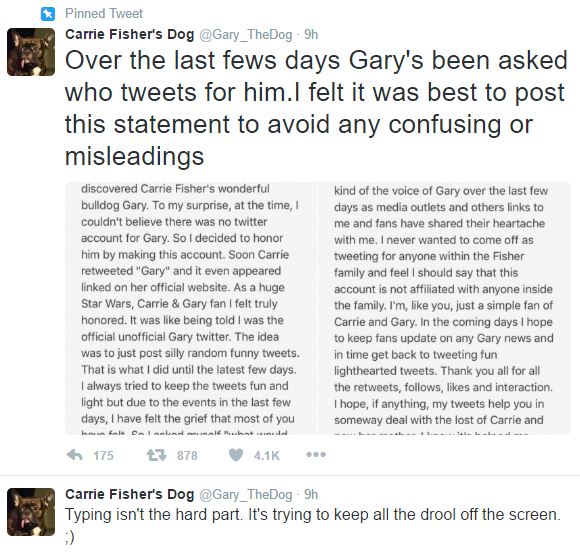 The love and affection Carrie had for Gary is very clear in the many interviews, such as the one below, that he attended by her side.

For a pet to lose an owner is something that no human can understand on the animal’s terms, but we can relate in our own way. Gary does have a home to go to that will be filled with love and where he will be cherished, but there is no doubt that Carrie’s absence will be with him every day.