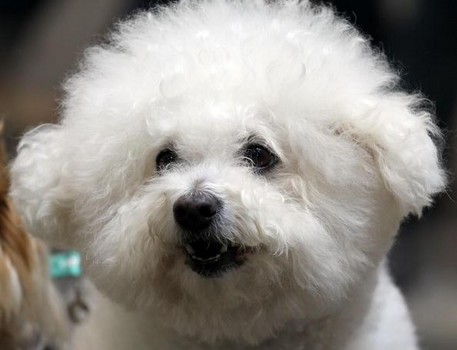 Biscotti was a true hero to her owner Elsa Bray after she saved her life when fire struck their home in Bethesda, Maryland.  The seven-year-old Bichon Frise started barking in the middle of the night and would not stop, finally prompting Bray to get out of bed and look out the window where she saw the smoke and flames.

Bray was able to wake her daughter, who called 911, and then returned to her room with Biscotti following, probably assuming she was out of danger.  By the time fire fighters arrived she and Biscotti were overcome with smoke, and sadly while rescuers were able to save Bray, the dog that alerted her to the danger did not survive.

“The smoke moved amazingly quickly,”  said Patricia Swarm, Bray’s daughter.  Bray is heartbroken as she recovers in hospital, “(The dog is) all she talks about,” said Swarm.  “That dog did so much,” Swarm said, adding that without Biscotti’s barking, “they wouldn’t have been awake at all.”

The 90 year old Bray misses Biscotti terribly and said “Biscotti gave me more than I ever gave Biscotti.”  Dogs are often the heroes in cases like this, alerting their families to danger of all kinds.  It certainly serves as a reminder that if your dog is talking or displaying abnormal behaviour it is best to listen as it might save your life.