Hero Dog Honored with Key to the Town 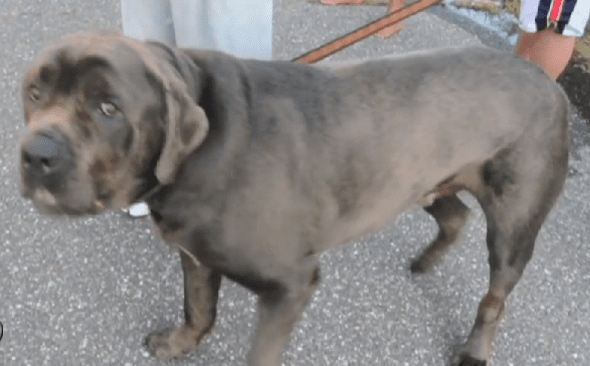 Earlier this month Bear became a hero to his new family when he saved them from a house fire. Now the mastiff-mix is being honored for his heroics with a key to his hometown.

Early on the morning of July 17th Bear woke up his new owner Carolyn Swinson, who had only adopted the mastiff-mix a few weeks prior. When Swinson awoke she found her home filled with smoke. Bear’s actions allowed Swinson and her grandson DJ to escape the fire unharmed.

On Monday, Bear was honored by Town of Islip Councilwoman Trish Bergin Weichbrodt. For his heroics he was presented with an edible key to the town.

“I feel like God put Bear in our lives,” said Swinson. “He’s part of the family. I will do right by that dog for the rest of his life.”