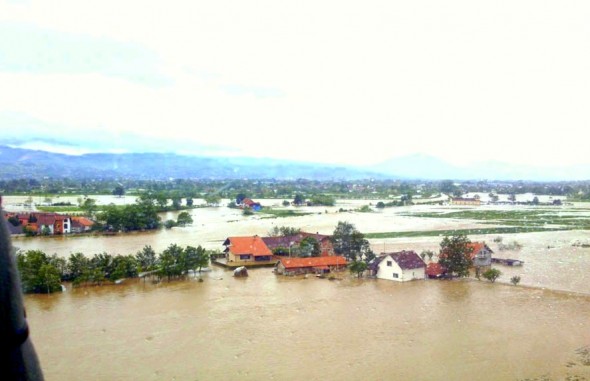 Bosnia has recently been hit with the worst flooding the area has seen in a century.  Many people and animals have been claimed in the catastrophe, but those humans who survived are saving the animals in danger, even if it means risking their own lives. 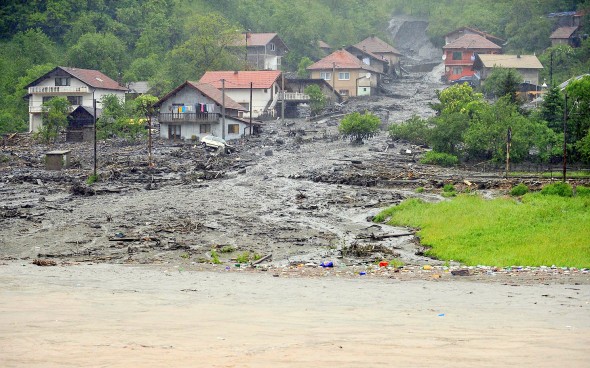 This comes from the website In Memory of Vučko, a group that helps raise awareness and money to put an end to the suffering of animals in Bosnia-Herzegovina and Sarajevo: 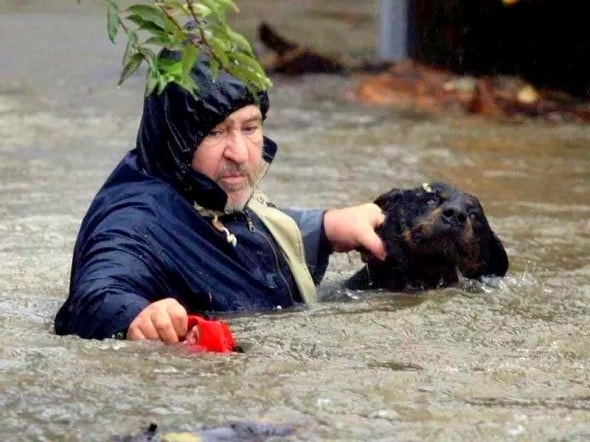 Flooding conditions in parts of Bosnia Herzegovina have reached an emergency state. Things have not improved and have in fact gotten worse. Bodies of dogs and cats are being found, and dogs have been found left chained up outside homes that have been evacuated… remember there are well over 10,000 strays in the city of Sarajevo alone… 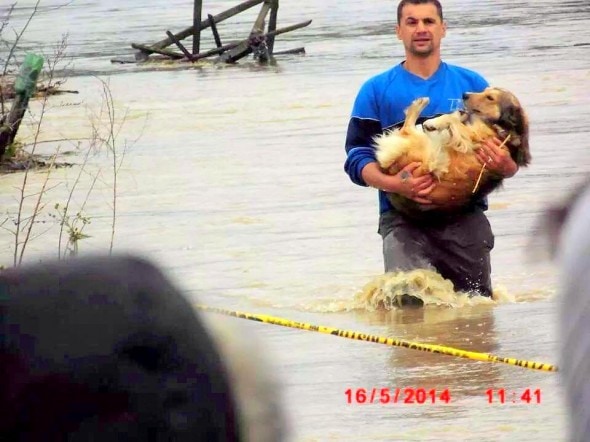 The government of the Federation of Bosnia-Herzegovina has declared a state of natural disaster. 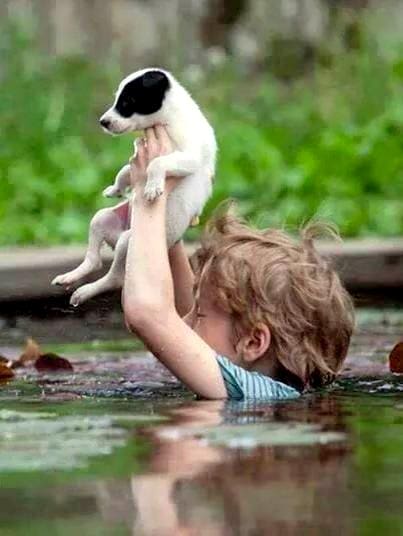 Overflowing rivers have burst into towns and villages, cutting off whole communities, landslides have buried houses. Whole suburbs of Sarajevo and other towns have been submerged. Army helicopters have been sent to evacuate thousands of stranded residents but reports say bad weather is hampering the rescue efforts. 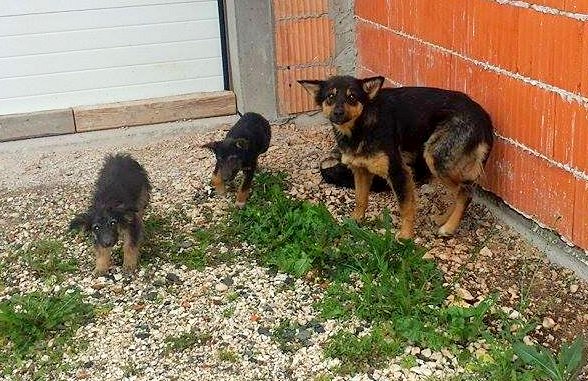 All animal rescuers are doing everything they can but with great difficulty as the worst hit areas are impossible to reach. We’ve raised donations for food supplies for strays and animals left behind but now there is a concern that local stores are not even able to supply enough. 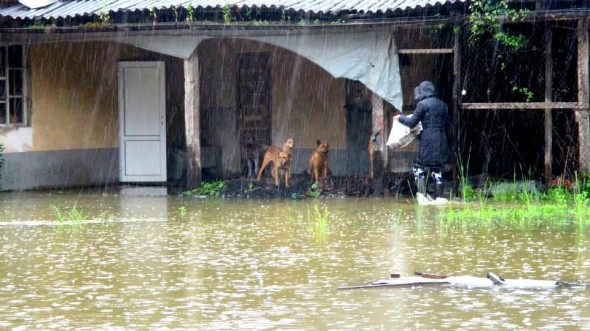 Even when flooding ceases, the situation will continue to be critical as we are probably looking at outbreaks of canine parvovirus, distemper, demodex and other diseases. So the rescue efforts need to be sustained! 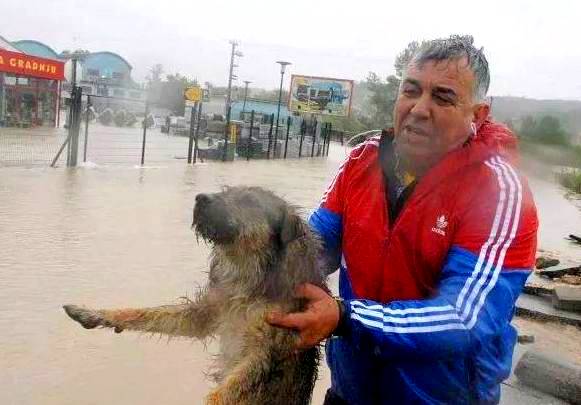 We have contacted WVS and they have stated they will try to assist. In the meantime we continue to fundraise and have created a special YouCaring fundraiser for the emergency efforts. 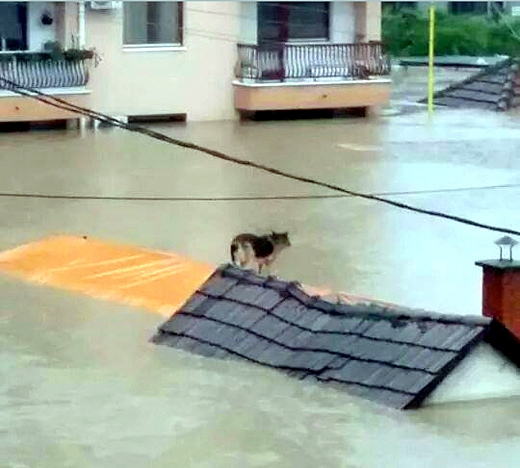 There is devastation everywhere, not just for dogs but for cats too…on BHT1 TV channel today (Bosnia Herzegovina public national broadcaster) the reporter from Doboj town explained how bad the situation is in Doboj and at the end of his report he added that there are many cats on roofs of houses and buildings that he can see from his apartment… 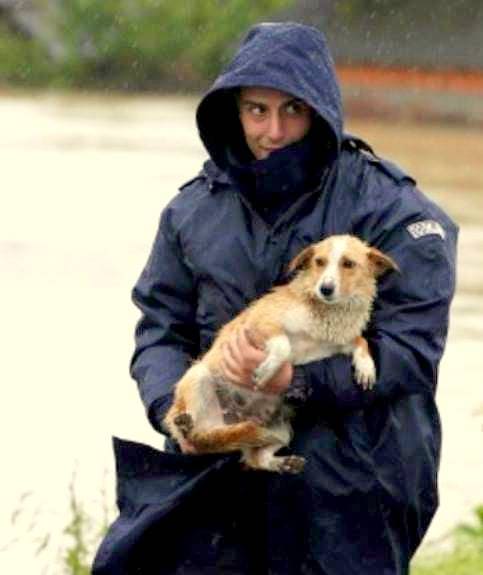 Help is needed! Donations for petrol, veterinary care, food, everything. No amount is too small, with 10 euros it is possible can buy 10 kilos of dry food for dogs. If you can help please donate via our YouCaring or Paypal to [email protected]awabosnia.org as per the instructions below and mark it for EMERGENCY FUNDS.

Donations have been coming in and we have been sharing these amongst as many areas and rescuers as possible, THANK YOU! 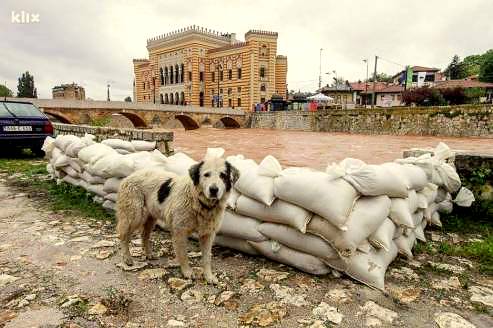 But still rescuers all over the country need our support in their rescue efforts – very few have cars, and fewer still have cars that can handle these kind of weather conditions but they are doing their best, working around the clock to search all areas that are worst hit. 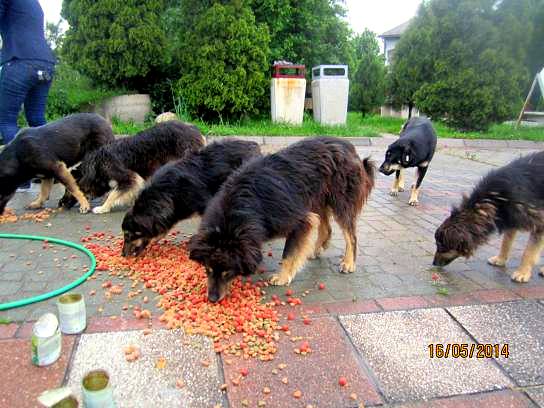 This is a state of emergency for the people of the country, but in these cases, especially in a culture that does not value the life of animals, the strays and even owned animals are the ones who will suffer the most. 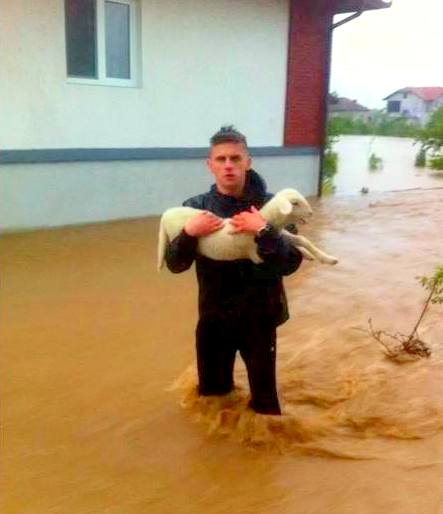 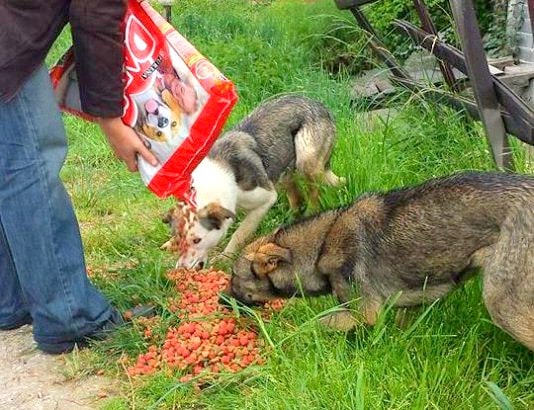 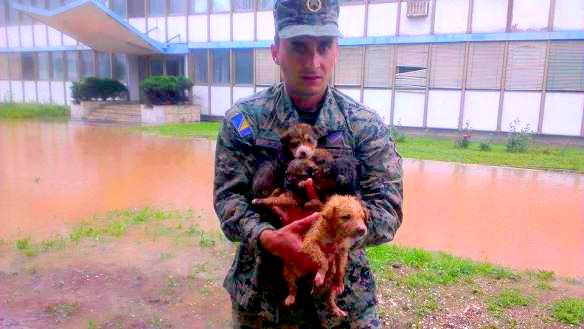 Two men precariously balanced on a ledge to rescue a dog from a garbage-choked river.