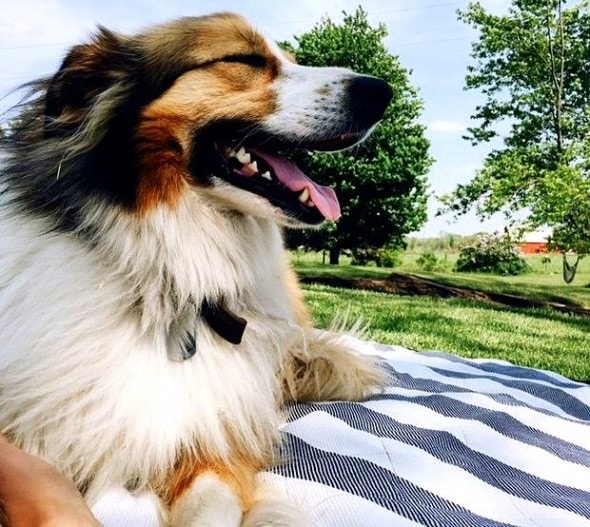 A two-year-old dog named Wyatt nearly died of dehydration, had it not been for a very observant boy.  He had been trapped in a pit in a barn for five days, but is alive thanks to his young neighbor.

Wyatt herds cattle at his Lowell, Michigan home, and very much enjoys being outdoors on his family’s 10-acre property.  Morgan Ford says she is normally very obedient and stays within his bounds, so when he turned up missing, they could only imagine something terrible happened.

“We just woke up one morning and he was gone and so I thought someone took him,” she told Mlive.

She and her husband and their 15-month-old son, who affectionately calls him “Wit,” spent the day searching the woods near their home.  She also posted info on Facebook and Instagram about his disappearance, hoping nearby residents would spot him.

“It made me feel like the world was looking for him,” she said.

Five days later, she was washing dishes when she was astounded to see a boy, a neighbor of hers, walk up with Wyatt.  The poor dog was trembling and coated in dirt and oil from head to toe.  Ford cried as she embraced him; the boy cried a bit, too.

“The boy knows Wyatt. Wyatt watches him get off the school bus every day,” she explained.

The kid declined the reward offered by Ford and her husband, but they have insisted on buying him a gift card for saving their pup’s life.

Wyatt was completely worn out by his ordeal, but after a couple of baths and a solid nap, he was happily chasing cows again.

“Once I hugged him he was tail-wagging and happy,” Ford said.