A North Carolina woman is facing theft charges after she rescued a dying puppy from the yard of county deputy Jack McCloud.  The dogs were left on the property with no food or water while the man was on vacation, and the humane society says local law enforcement prevents them from helping.

She lives on a rural road in Elk Park, and noticed that she hadn’t seen neighbor Jack McCloud in a while.  So she went to look around the yard.

“There wasn’t water. There wasn’t food. There were three dogs chained, and then I went to the side of the house where I saw the puppy,” Cerda explained.

The sight of these seemingly abandoned dogs, particularly regarding the condition of the puppy, broke her heart.

“If I left the dog I knew it was going to die,” Cerda proclaimed.  “Its eyes were rolling in back of its head.  I didn’t know when they were going to come home and the dog needed immediate attention so I took it to a safe place.”

She was on her way out of town, and took the puppy to someone who would find someone to care for it.  According to Sheriff Kevin Frye, this is when she broke the law.

“No one, no matter what good cause it is, can take the law into their own hands,” Frye said. 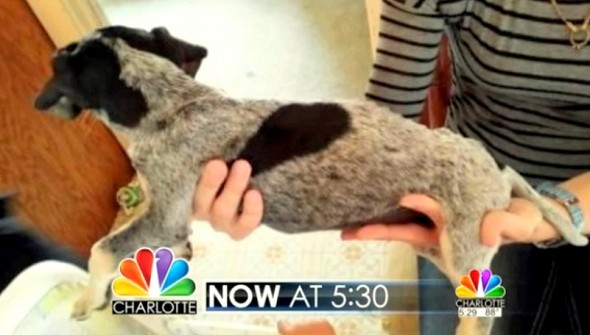 He says she should have called an authority.  But whom?  Would the sheriff’s department do much about one of their own?  Avery County doesn’t have an animal control.  The local humane society says that the police take no action if they are called, and the law prevents the humane society from taking in other people’s animals.

We wouldn’t have been able to take it because we’ve already been accused of having stolen property. The dog has to be turned in by his owner, so we would have had to turn her away,” said Avery County Humane Society Executive Director Bruce Malfatone.

Frye says Cerda should have brought the puppy to a vet, then.

“If she has brought it here to Newland or dropped it at vet here, or anywhere and called someone so we could make a report of it,” he stated.

Cerda admits that in hindsight, that is what she should have done, but could only think of what had to be done in the moment to save the puppy’s life.  No dogs should be left outside unattended for extended periods of time, especially with the heat, rain, and tornado warnings in Avery County, and certainly not without food or water.

“The dog was clearly starving. I fed and watered it,” Cerda said.  “I didn’t have money to take it to the vet. I’m just like anyone else, trying to pay my bills, raise my kids.”

The community has rallied around the hero, who will be fighting the charges as she maintains having done the ethical thing.  Deputy McCloud, on the other hand, sees nothing wrong with what he did.

“He wanted it back still and I said, ‘The dog would have been dead by time you guys got back from vacation,’” Cerda recalled.  “And his exact words were, ‘That’s beside the point.’” 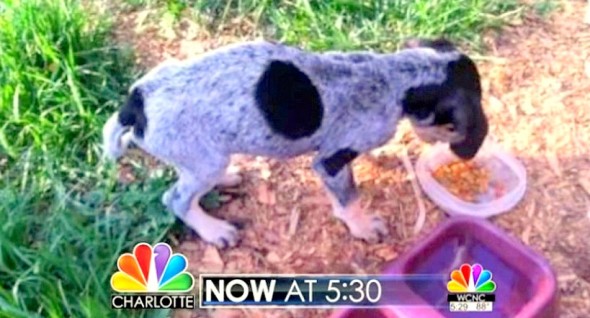