What could be worse than being a human stuck indoors through what has got to be one of the HOTTEST summers ever?  How about being a dog that almost NEVER gets to go outside?  Well, for some lucky shelter dogs there’s a bit of reprieve!  The Santa Barbara County Animal Shelter has teamed up with the St. Joseph High School Cross-Country Team to give their shelter dogs a bit of outdoors time.

About a dozen or so dogs were brought in from the shelter, and students from St. Joseph’s got to take these dogs with them on their morning run.  The school actually contacted the shelter about it, and they thought it was an amazing idea!  We agree.  Just look at the faces of some of these dogs! 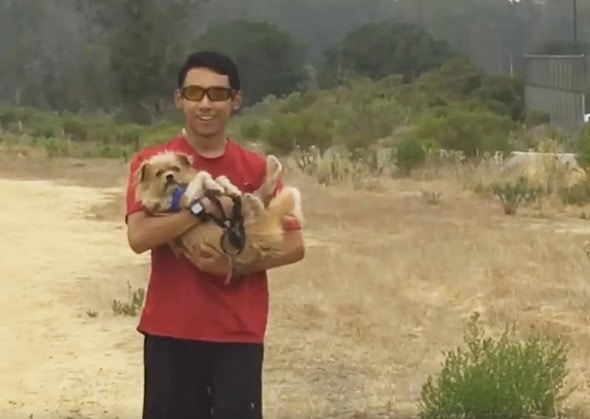 “I am not sure who was more excited and having the most fun – the dogs or the kids,” said team coach Luis Escobar.  “Either way, it was a great time and I am sure we will do it again sometime soon.”

Everyone involved clearly had a really good time, and some dogs that sometimes don’t get the human interaction and freedom to dog that every single one of them deserves got a chance to run free.  Even if it was just for a little while. 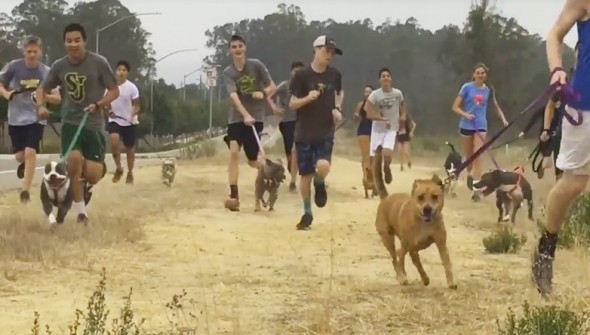