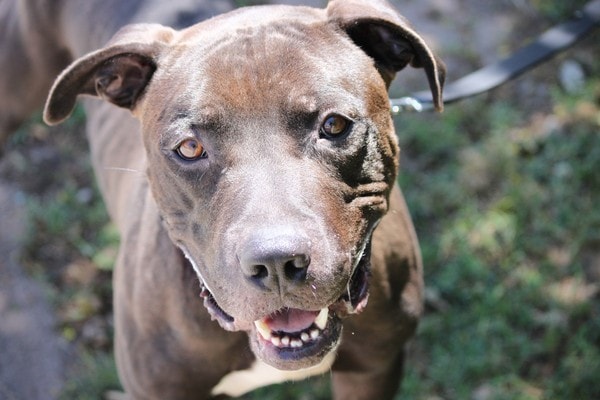 A faithful dog found guarding the body of a friend that was killed in traffic has been rescued from the side of a Georgia highway, and is in need of a forever home.

His information, from Patch:

There’s something deeply personal about the allegiance a dog has to someone he loves. The bond is palpable. It is often unbreakable. Loyalty seems to be as much a part of a dog’s make up as a wet nose or wagging tail.

Even more touching can be the visible bond animals sometimes form with one another, as seen recently when a homeless dog, now named Brando, was found guarding the body of another dog who’d been hit by a car.

Despite the chaos surrounding him, Brando refused to leave his companion’s side.

Even after the injured dog had perished, Brando, a sizable and solid Great Dane/mastiff/pit bull mix, stood over the body and refused to budge despite traffic, noise and the inevitability that his friend was gone. 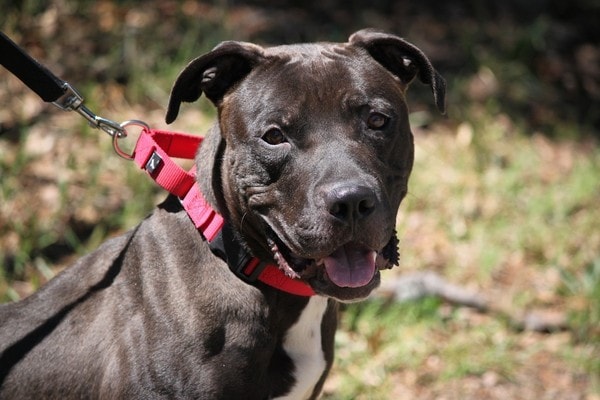 Sgt. Tim Medlin of the DeKalb Police Department was called to the scene.

“He was obviously guarding his deceased friend,” Medlin said. “He would get upset when we got too near. He would run away from us but then run right back to the body. He didn’t want to leave his friend. You could tell there was a bond between them.”

Brando is currently sheltered with the Lifeline Animal Project. If you are interested in adopting him, please contact [email protected].