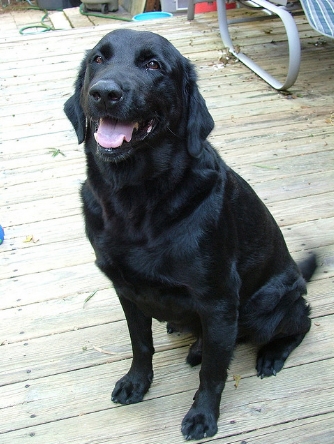 MARCELLUS, MI –  On Sunday at 3:51 p.m., deputies responded to the Marcellus Fire Department upon receiving a 911 call from 30-year-old Patricia Drauch of Maple Street. Patricia advised deputies that, while at her residence, she had gone to the garage to get a shovel with her 14-month-old son, Stanley Drauch, following behind her. After getting to the garage, she discovered that he was no longer following her.

She indicated that she began to look for him, and found Stanley in the family pool face up in the water, and that he appeared to be blue. She also indicated that the family’s dog, a black lab named Bear, was in the pool – underneath the infant, holding the child up out of the water on his back.

Patricia grabbed her son and, seeing that he was unresponsive, she attempted to call 911 but was unable to get cellphone service from the residence. At this time she began driving to the Marcellus Fire Dept. (approximately 2 miles from her residence) to get help.

Once on the roadway, Patricia was able to get cellphone service and contacted Cass County Central Dispatch. At the time she was on the phone with Central Dispatch the child regained consciousness. Upon her arrival at the fire department, Marcellus Fire and Ambulance personal examined the victim who was found to be conscious and in good condition.

The child was taken to the Three Rivers hospital by the parents, where he was treated and released.