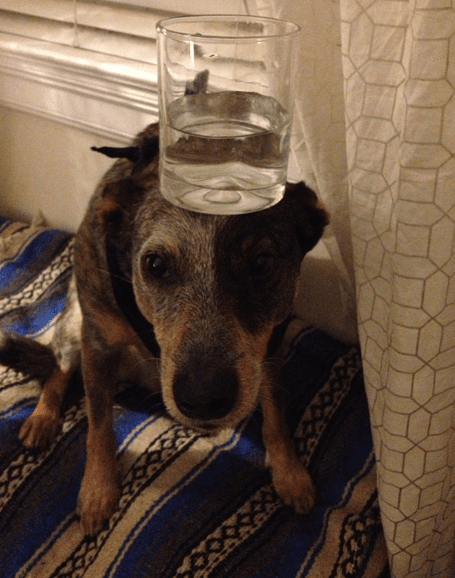 A very patient Australian cattle dog has lots of tricks up his sleeve, or rather on his nose and is gaining some fame for his efforts.  The three old can balance any number of objects on his nose,  including cookies, a soccer ball, and a frying pan.

Jack was adopted as a puppy by his owners Nicole Lee and her boyfriend Trey and ever since then they have been training him to hold things on his nose.  “From an early age we noticed he was very smart, so we taught him many tricks, this being one of them,” said Lee.   “The balancing act started when we tried balancing a kernel of popcorn on his nose one night while watching a movie at home.  We quickly learned he was patient enough to allow us to stack really anything on his head, as long as it’s not too heavy.” 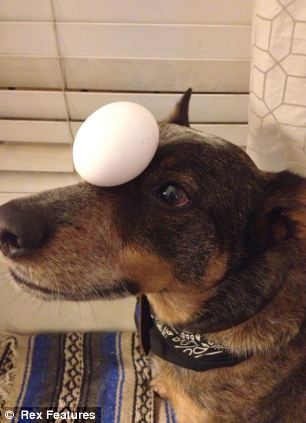 Nicole and Trey sometimes use treats to reward Jack, but he also responds well to praise and he will do anything for a ball.  Besides his balancing act, Jack can now close cupboard doors and open the fridge by himself.

“We train him by positively reinforcing good behaviours and ignoring the “wrong” ones; basically just a lot of cheering him on.” said Lee.  Who knows what will be in store next for this skillful little rescue dog from San Francisco. 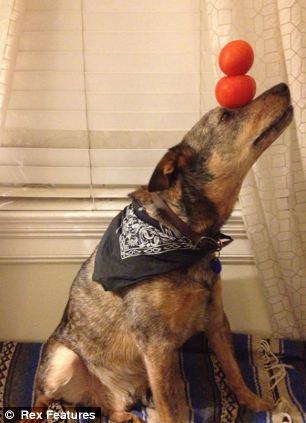