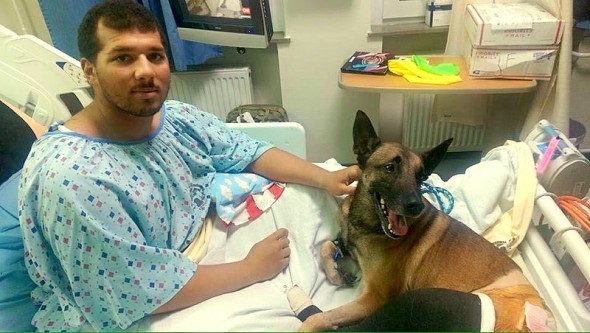 An IED that detonated in Afghanistan left a military dog and his handler in need of medical care, and in a sweet turn of events, they were roomed together at the Walter Reed National Military Medical Center.  They are now both recovering.

Specialist Brown and his dog Rocky were sweeping a structure when the bomb went off.  They were immediately transported out of the country for treatment.

“I am a member AE crew of the 379 EAES (Aeromedical Evacuation Squadron) who transported Rocky and his handler from Afghanistan to Germany. We were very concerned about all three involved in the blast and we are very glad to see they are doing well,” commented Sherry Sexton on the Facebook post from the 89th Military Police Brigade. 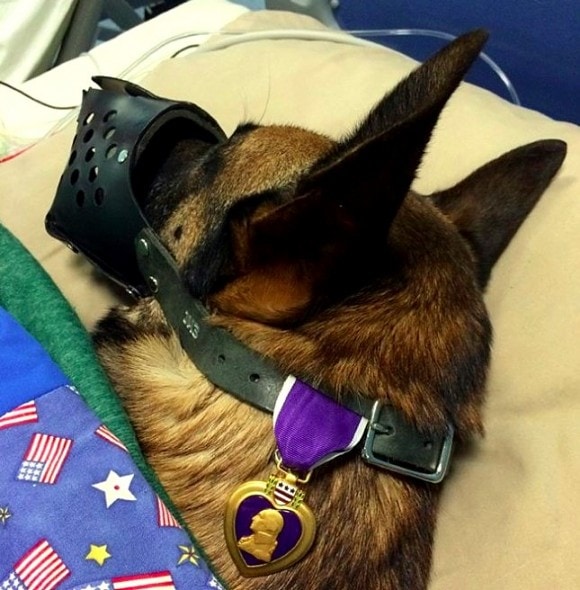 “We love our job. I had Rocky’s injured handler medicated to rest on the flight, and his alternate ha flee was exhausted, so our aeromedical Evac took turns lovin on Rocky. If he were a cat he would have purred. He got lots of attention. It just hurts our hearts when our working fur babies are injured. They can’t talk to us and tell us what to do for them so we do the medical stuff – but we shower them with hugs and pets.”

The photo of Rocky wearing his purple heart has gone viral, and now the pair are receiving tons of attention from well-wishers.

“They are both very thankful for your thoughts and prayers and are in the process of heading back home,” an additional Facebook post said.  “SPC Brown arrived early this morning to Walter Reed where he was met by his waiting family, and Rocky is expected to return to Fort Hood in the coming weeks. Please remember them, as well as all our Soldiers deployed around the world, during the holiday season.”