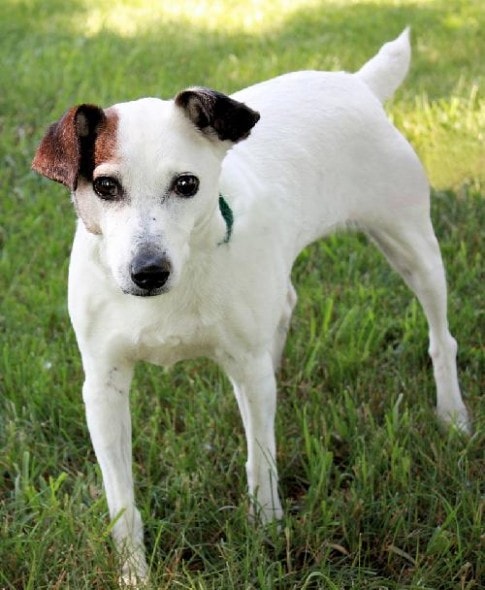 Jack, a senior Jack Russell Terrier, has never given up in his search for a forever home despite being let down time and time again. Each time that Jack thought he found home, it was only a fleeting moment of happiness.

Jack’s first owner passed away, leaving him in a temporary foster home. Jack arrived at the Humane Society of Livingston County in Howell, Michigan with high hopes of finding a new forever home. It seemed his hopes were fulfilled when he was adopted!

Jack then lived in that home for a few years but the owner eventually brought Jack back, saying he was just “too much” for him. Jack then waited several months before finding another home that seemed to be a perfect fit. Surely this would be the last time Jack would need to search for a new home!

Sadly, after less than a week, the elderly man who adopted Jack realized that he simply could not care for a dog. So, here Jack is again, sitting in a shelter waiting to be       noticed.

Although Jack is a senior dog, he has a lot of spunk! He enjoys a good game of catch or “go fetch.” He is house trained, walks well on a leash and knows commands such as “sit,” and “down.” During his time at the shelter, Jack has had lots of practice learning manners and what makes a good canine companion.

One of Jack’s favorite activities is to go for car rides! He is always anxious to head out on adventures and see what the world has to offer.

Jack would be best with older children, as he has not had much exposure to young children. The ideal home would have a fenced yard where Jack could run and play, too. Jack gets along with some dogs better than others, so it would be best to introduce him to any possible canine siblings and see how they do.

If you are interested in giving this little guy who has been through so much a chance at living out the rest of his life in a forever home, please contact the Humane Society of Livingston County for details on how to take Jack home. You can call them at 517-552-8050 or email at [email protected] .

The Humane Society of Livingston County is an independent, non-profit, 501(c)3 organization located in Howell, Michigan. Their mission is to assist the community by providing pet adoption services, lost and found assistance, and education on humane treatment, responsible pet ownership and overpopulation of companion animals.