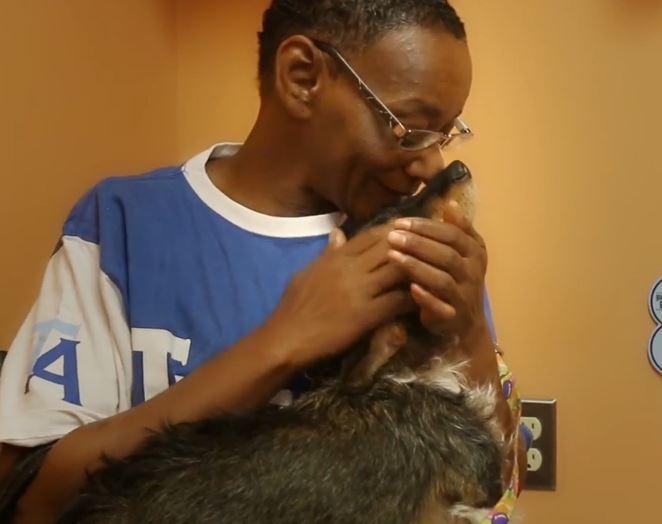 Lost dog finds her family thanks to microchip

A family barbeque is supposed to be a fun occasion, but the celebrations at Caroline Williams’ Memorial Day weekend family barbeque were cut short after her dog, Jellybean, went missing. A neighbor called saying that Jellybean had gotten out of the yard and was walking down the street before someone in a car had stopped and picked her up.

Jellybean was gone and Mrs. Williams was heartbroken. She had hope for a quick reunion as she had outfitted Jellybean with a collar and tags in addition to having her microchipped just days earlier at an Michigan Humane Society Protect-A-Pet clinic.

However, a quick reunion did not happen.

Two months went by before there was any word of Jellybean’s whereabouts. Someone called claiming to have her pup, but would only return her for a price. You can imagine the hopeless feeling Mrs. Williams had. She filed a police report in the hopes that whoever took her dog would be found.

Months went by before Mrs. Williams received another phone call. This time, however, it was not from the alleged dog-nappers, it was from the Michigan Humane Society.

Someone had found Jellybean under a tree and brought her in. She no longer had her collar and tags, but when she was scanned, her microchip number popped up and Mrs. Williams was contacted right away.

Soon after, Mrs. Willams was in the shelter lobby, finally reunited with her best friend and family member, Jellybean.

Watch, as Caroline Williams cradles Jellybean in her arms as she tells the story at MHS. We also see the reunion, as Caroline hugs her dog, saying, “Mommy’s gonna take you home”