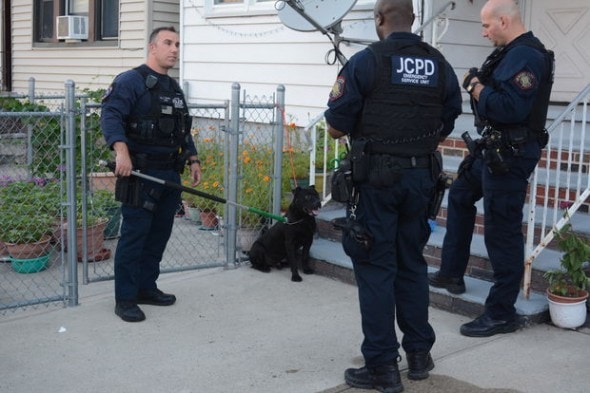 Those of you that have been fans of our website and Facebook page for any amount of time have seen the stories about cops going rogue on our furry family members.  Acting like nothing more than big bad bullies, protected behind a badge and gun.

Most recently, we’ve reported on the stories of dogs and family members being separated forever for seemingly no reason, like the most recent article about Geist.  Geist was shot by a police officer, illegally breaking into and entering private property, which would scare any dog into barking at you no matter who you were, and even more so if you’re a total stranger.

These tragedies are becoming an epidemic across America today.  A small percentage of lunatic cops and their inability to control some part of them that’s been damaged from the get go, are making all police officers look bad, and it isn’t fair.  As with anything you’ll always run into a few bad seeds, but the horrific rate at which this seems to be happening across the country is truly scary.

Enter the Jersey City Police Department.  Today, while making an arrest at the home of someone accused of possession of stolen property, they made what could be considered a much better decision than many of their fellow “brother’s and sister’s in blue” have done in recent past.

When executing the warrant for arrest, a pit bull on the property was doing exactly what any good dog would and should do.  It began to bark at the strangers trying to gain access to their owner, and his property.

Instead of pulling out a firearm, and killing the dog for being nothing more than a dog, the Liberty Humane Society was called into action.  They arrived, administered a mild sedative to the dog to calm it down, and safely lead it out of the house.  The man in the photo is emergency services unit officer John Traynor.

At the time this article was written, no other information about the owner, or his situation were available. 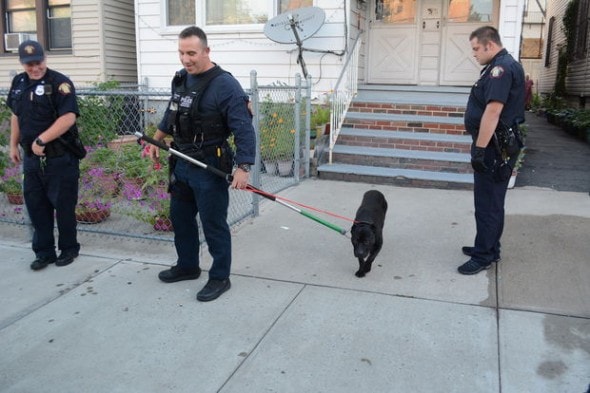