John Nee and his dog Mack have been reunited thanks to the Kansas City, Missouri Police Department.  Nee’s truck was stolen with Mack still inside of it while Nee was leaving a house party he had been at.  The theft of his dog and truck happened right in front of him, and there wasn’t much he could do at that moment to stop it.

“I looked up and a Dodge Ram was headed my direction at roughly 60 miles per hour or so,” Nee said. “If I would have stayed on the road, they would have hit me.”

Because he had to get out of the way quickly in an effort not to be run over, Nee didn’t get a good look at the suspects before they took off.  He did however, manage to get a look at the other vehicle involved, and was able to provide a description of that to police.

“Someone hopped out of the Dodge, and all I could hear was rubber burning out and both went off, both trucks,” said Nee.

Thankfully, Mack was not in any way hurt, and appeared not to have been abused or mistreated in any way.  Nee is just happy to have his dog and his truck back, and that no one was seriously hurt in the incident. 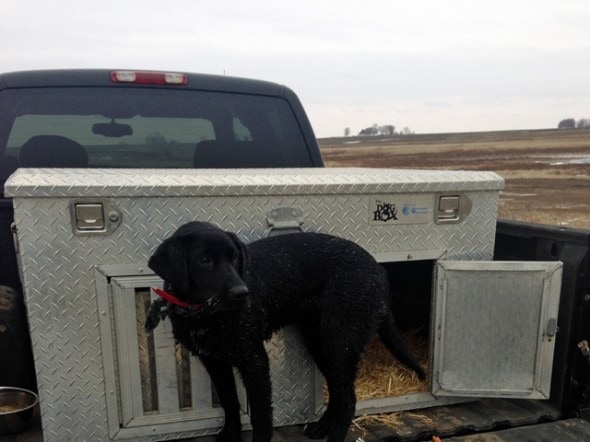