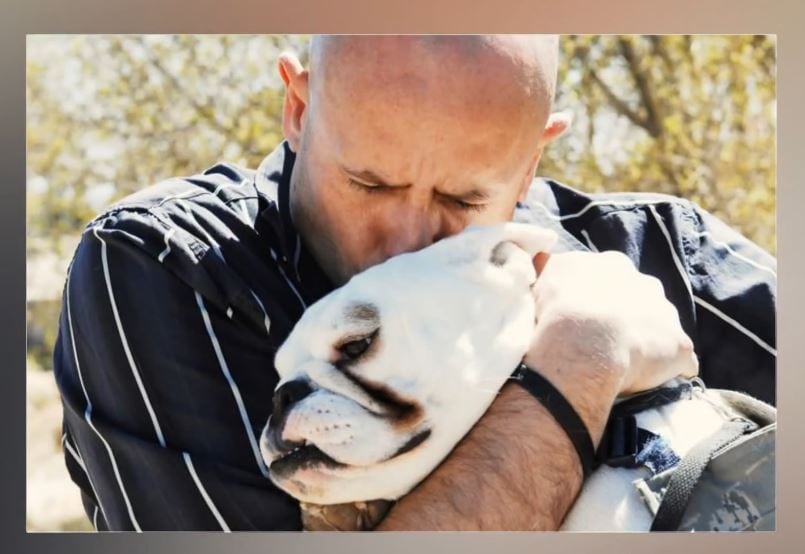 .
Paws and Stripes is on a mission to help veterans with PTSD and TBI live the lives they deserve by pairing them with former shelter dogs which are highly trained as service dogs.

Paws and Stripes tells its story:

Nonprofit Paws and Stripes™ provides service dogs for wounded U.S. military veterans with post-traumatic stress disorder and traumatic brain injury. The dogs come only from shelters, and highly trained service dog trainers work with the veteran/dog teams. We believe in training the veterans and dogs together.

Any veteran from any war knows the suffering involved with post-traumatic stress disorder (PTSD). And now with so many men and women returning from the Middle East, the number of veterans in our country with PTSD is staggering. Add the frequent incidents with improvised explosive devices (IEDs), and you have a significant increase in traumatic brain injuries (TBI) as well. Insurance companies do not cover service dogs to assist veterans with symptoms of PTSD and TBI — which often come together.

The usual costs of getting a service dog are great: from $10,000 to $30,000 and sometimes up to $60,000, and would often include countless months seeking grant money to fund the purchase. The cost to complete canine training for a Paws and Stripes™ veteran/dog team is funded by Paws and Stripes through donations. The veterans are never obligated to pay a penny for successfully completing the program.

Lindsey and Jim Stanek founded Paws and Stripes in 2010 because of Jim’s struggles with PTSD and TBI. Jim was sent home from his third tour in Iraq for injuries he received while deployed. After nine months in treatment at Brook Army Medical Center in San Antonio, TX, Jim discovered that the most comfort and relief he found was in the presence of therapy dogs. In May of 2010, Jim and his wife tried to obtain a trainer for their rescue dog, Sarge. They soon learned about the difficult and expensive process of getting a service dog. After being rejected or unable to pay for service dogs from multiple organizations, they decided to start their own organization for veterans. Paws and Stripes™ was born and was incorporated in June 2010. Since then, Jim has trained his own service dog, a process that he found rewarding, relaxing, and more effective than any medication or therapy session alone. ​

Many service dog providers require people to accept service dogs that have already been bred and trained according to the provider’s principles. Veterans would have no say in which dog they are given. Paws and Stripes™ allows the veterans to choose their own dogs from a pre-screened group of shelter dogs with help of professional dog trainers. Paws and Stripes trainers promote positive dog training using positive reinforcement and motivation to obtain desired behavior. Positive training methods foster communication between the handler and dog, help build trust and teamwork, and provide a more relaxed atmosphere that can reduce stress and develop a strong Service Dog Team. The veterans are involved in every aspect of the program — facilitating healing, building self-confidence, increasing their bonds with the dogs, and developing the tools to maintain the dogs’ training long after graduation. We believe in saving lives, together, two at a time.

Watch this video about Paws and Stripes that shows several veterans and their dogs:

(The song “Save You” appears in this project courtesy of “Fisher” from their release entitled “3.” You can find 3 and other Fisher releases on iTunes, CD Baby and Amazon.com)