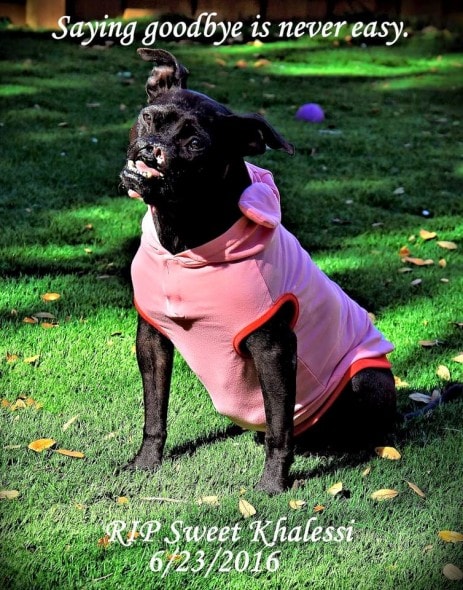 You may remember Khalessi (not Khaleesi), the bait dog who was rescued last year.  She was found badly abused, her entire snout torn off in a fight.  She spent the time after her rescue being an advocate for other rescued fighting dogs.  Sadly, she was diagnosed with a terminal disease, and died on June 23rd.

Last August, Khalessi was found cowering in an Orlando backyard.  She was disfigured and was dragging her hind legs.  After being taken to a shelter, she was rescued by Passion 4 Pits. 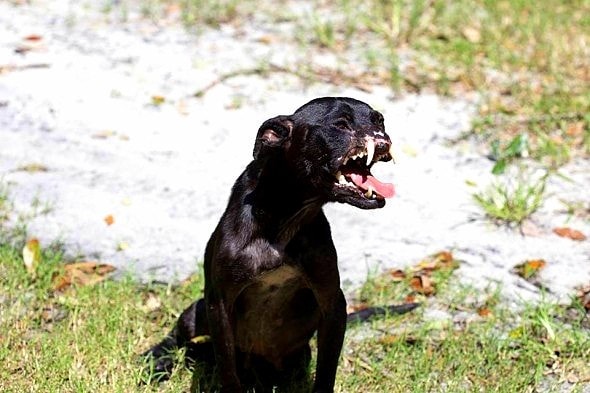 Given her extensive trauma, rescuers expected her to be fearful, but all this little 20-pound girl wanted was to be loved all of the time.

Khalessi had to undergo a number of surgeries on her nasal cavity and her broken pelvis.  She was on a long road to recovery, but she put on some weight and learned how to walk normally again. 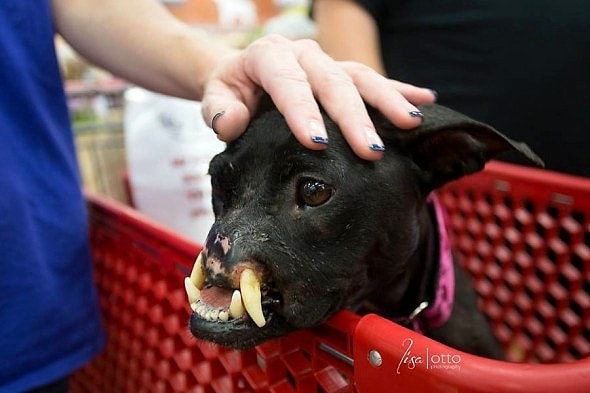 Her story gained a lot of publicity, which was used to advocate for other rescue dogs, particularly those saved from the hellish world of dog fighting.  She won “Underdog of the Year,” and the additional attention helped raise funds for other dogs like her.  Khalessi even got her own Facebook page.

Though Khalessi overcame major obstacles, she was soon faced with another hardship:  she was diagnosed with glomerulonephritis, a terminal kidney disease, and the tick-borne disease Babsia gibsoni. 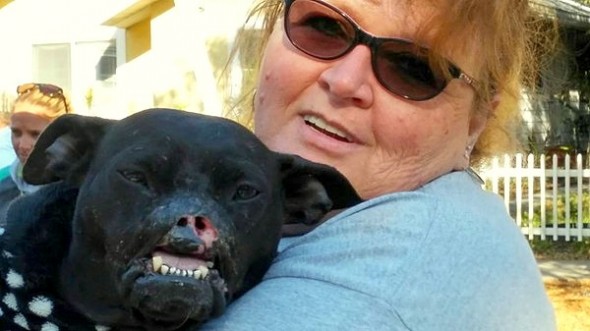 Though she was given 6 to 12 months to live, she did not show real signs of being ill until just recently.  On June 23rd, she stopped fighting the inevitable.  Her mom, Stephanie, let her baby’s fans know an hour later.

Khalessi told me she was ready and I could see she was tired. This morning at 8:43 Khalessi left this world and left a huge hole in my heart. Devastating is not even close to describing how we feel. However her memory and her foundation will continue on. 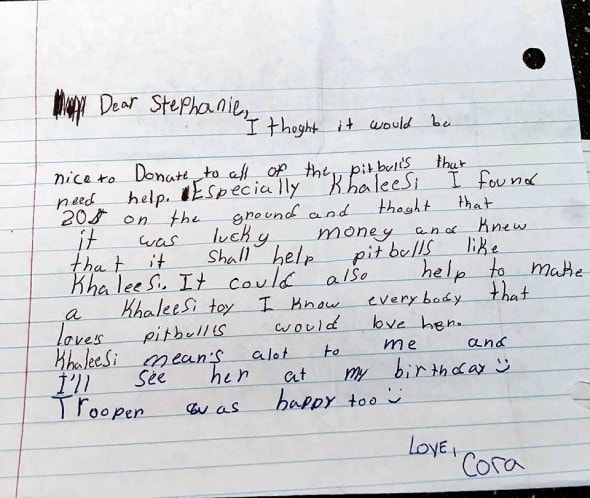 If Khalessi had an impact on your life in any way please consider donating a dollar to [email protected] through PayPal or by going to www.passion4pits.com.

My goal with this request is to help a Baileys Way Rescue with outstanding medical bills and to help one of our strongest supporters who is out of work after being diagnosed with stage 4 breast cancer at only 29 years old.  Khalessi loved Teagan and her kids and would want us to help. ~ Khalessi’s forever loving servant Stephanie. 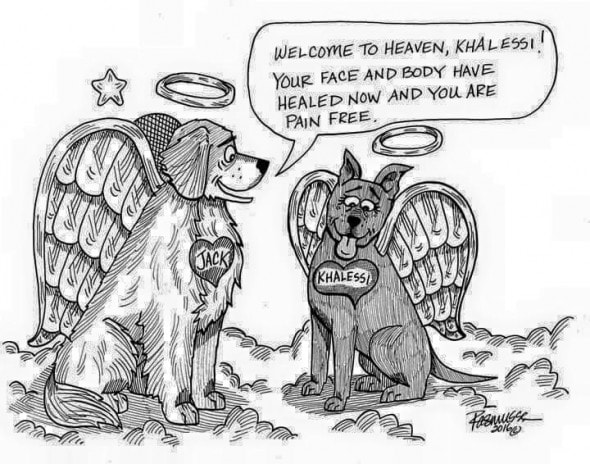 14 thoughts on “Khalessi, the Noseless Former Bait Dog, Has Died”