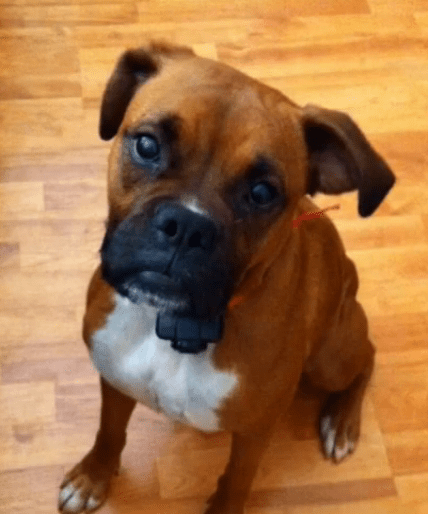 Just before Staff Sergeant Chris O’Neal was supposed to return home from Afghanistan his dog Missy ran away.

O’Neal had never met Missy. He helped pick the boxer out via Skype and photos while serving overseas. O’Neal has been serving in Special Forces in Kabul, Afghanistan. He has suffered a shoulder injury and earned a bronze star while serving. The family helped that Missy would help O’Neal heal when he returned home.

Then last week Missy ran away. O’Neal’s wife Heather and their four children desperately began searching for her, hoping they could find her before O’Neal returns home this Friday. After a week of searching a call from animal control informed the family that Missy was safe, but she had been adopted by another family.

“I was glad she was OK but it was so fast we didn’t have a chance to find her or anything,” said O’Neal.

Heather O’Neal is so grateful that she is determined to find another boxer for the family that is giving Missy back.