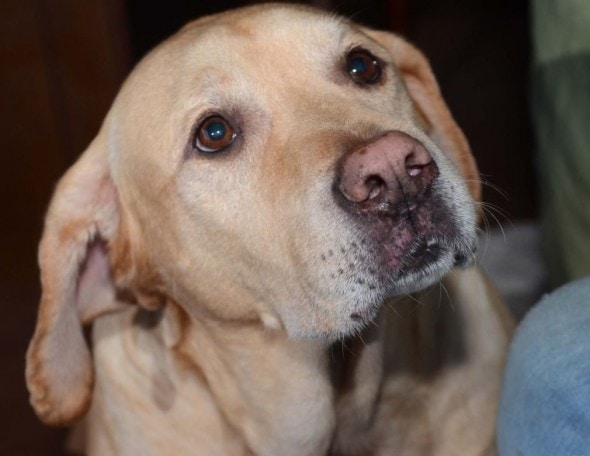 Chase was out on a walk with his owner Saturday when the woman collapsed in the snow. Chase stayed by the woman’s side and desperately barked for barked for 30 hours until someone finally came to help. Unfortunately it was too late for the woman and now Chase needs a new home.

Claudine Murphy was taking her dog Chase for a walk in Lancaster, Pennsylvania on Saturday when she collapsed in a wooded area. Chase tried to get someone’s attention, but due to the cold weather there was no one nearby to hear his barks. For 30 hours Chase faithfully stayed by Murphy’s side and continued to bark until a neighbor finally heard his desperate plea.

It was too late though, Murphy had passed away from hypothermia. Murphy’s family is taking care of Chase for the time being but for several reason they are unable to provide him a permanent home. Now United Rescue Effort is trying to find him the right home.

They have already received inquiries from as far away as Florida and Kansas, but the rescue wants to make sure they find Chase the perfect home.

“We’re very strict on how we adopt out animals,” said Susan Riegel of United Rescue Effort. “There is a big interview process involved. It’s a very long, slow process. Let’s face it. Chase was with his owner for nine years, so you don’t want to disrupt his life too much. But you want to get him acclimated to a new environment.”