Maisey, a sweet natured Pit Bull/Terrier mix, is used to getting some odd looks everywhere she goes, but at least she has hope now.  See Maisey is a Tripawd-a three legged dog! However, her life as a tripawd is much better than her life once was. 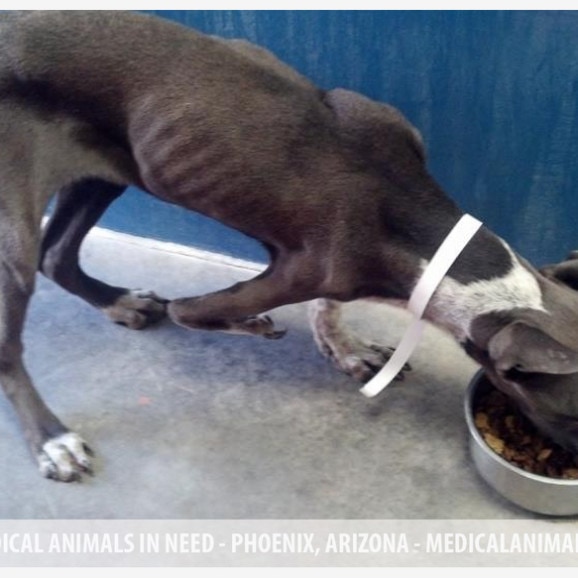 When Maisey arrived at Medical Animals in Need (MAIN) in Phoenix, Arizona, she was emaciated and had a horribly deformed leg. She did not have even a glimmer of hope in her eyes. You could tell she had given up on this life and hardly cared where she was or what was done to her.

Thankfully, due to a loving foster family, Maisey would soon regain that lost hope and learn to love life, either for the first time or for the first time in a very long time. As Maisey spent time in her foster home, she really began to open up. As her foster mother said, she began to act “like a crazy puppy, which I just love.”  She started to take daily walks to the park and, aside from people staring at her deformed leg, she had a great time and really ate up all the newfound attention.

After a few weeks in a foster home, Maisey had improved enough to do something about her leg. After x-rays, she was diagnosed with a congenital defect that required amputation. So, on May 28th, Maisey became a tripawd.

However, she recovered well and you could not find too many other three-legged dogs that are sweeter or friendlier than Maisey and definitely not many that have been transformed the way she has. Her eyes now glimmer with the hope of finding the perfect forever home and she knows she can trust humans. She is now a healthy weight and is truly a beautiful dog! 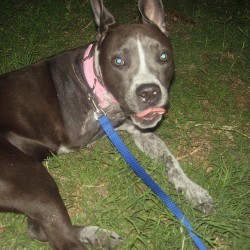 On June 9th, Macy was cleared for adoption and is looking for a loving home. She has done amazingly in her foster home and is ready to have a permanent family.

Medical Animals in Need (MAIN) is an Arizona based 501(c)3 all-volunteer group focused on identifying, transporting, aiding and promoting animals from Arizona shelters who need immediate and sometimes costly medical attention that the shelters are unable to provide. The rescued animals are then treated at Bethany Animal Hospital and placed in foster homes.

You can see Maisey’s personal page here including updates and more photos: http://medicalanimalsinneed.com/maisey-pit-bull-terrier-mix/