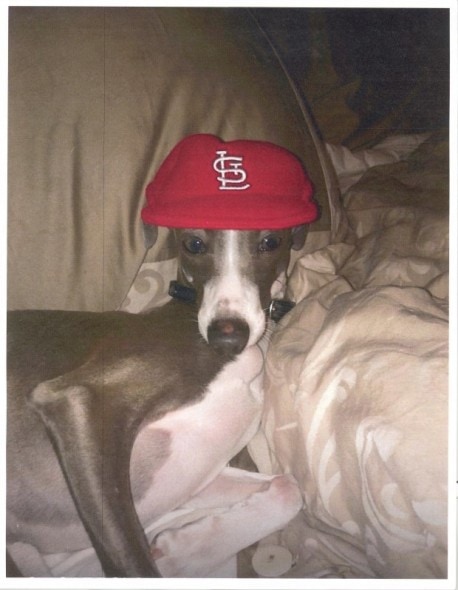 A Missouri man will sever eight years in prison for breaking into his ex-girlfriend’s home and attacking her dog Vinny so badly that Vinny had to be put down due to his injuries.

On October 9th, 2011 Charles A. Zidek, who has admitted to problems with drinking and steroid use, broke into the home of his ex-girlfriend Diana Walkonis around 2 a.m. Once in the home Zidek picked up Walkonis’ Italian greyhound Vinny and threw him repeatedly against a bedroom wall.

Walkonis was not home at the time and came home later in the morning to find the injured dog. She rushed Vinny to an emergency clinic. He had suffered severe head trauma, his eyelids were swollen shut and one of his legs had been displaced. His injuries were so severe that Vinny had to be euthanized.

“Vinny was not just a dog, he was one of my family members,” said Walkonis at the sentencing hearing. “It breaks my heart that I wasn’t able to protect him.”