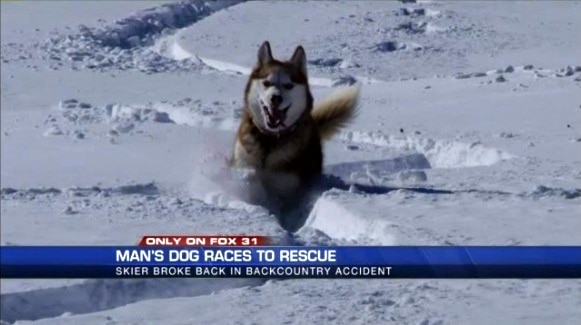 A man who suffered a life-changing injury while skiing near Berthoud Pass in Colorado credits his dog with saving his life by helping him dig out and keep warm until he could be rescued.

Leonard Somers went skiing with his husky Juneau on November 2 and told his nephew to keep an eye out for him if he didn’t come back soon.

“He mentioned if I didn’t see him for the next 25 to 40 minutes to come looking for him,” said nephew Ryan Bame. “We couldn’t find him.”

Jenny Beltman spotted Juneau at the bottom of the trail, and noticed he was pacing and looked panicked.

“I first saw the dog by himself and then he headed over to where Leonard was,” Jenny said. 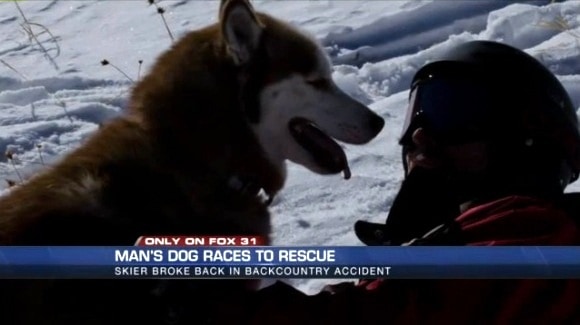 Leonard had fallen into a ravine and smashed his back on a frozen tree trunk. His neck was punctured by the tree, causing spinal injuries that left him unable to move his legs. Juneau was there a did whatever he could to help his human.

“He was very loyal. He never left his side,” Jenny said.

Juneau did leave his side, but only long enough to get the attention of other skiers. Flight for Life rushed Leonard to St. Anthony Medical Center. One week and one surgery later, Juneau was finally able to reunite with her greatly-missed human.

“I don’t know if god was reaching out through her or something bigger was playing out,” Leonard mused. “She knew I needed help. She helped me dig out and laid on me to keep me warm until help came.”

Leonard is paralyzed from the waist down, and may never walk again. But his attitude is what keeps him moving in ways his legs never could.

“It could have been much worse.”