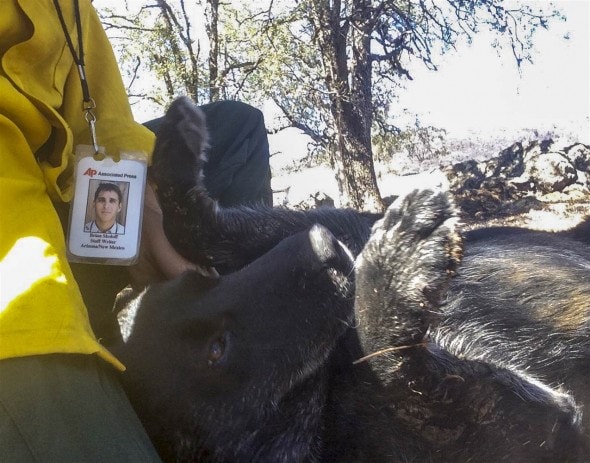 As Lawrence Ross arrived at a high school in Lower Lake, California, he didn’t know what was happening to his home, but more importantly, the life of his dog he was forced to leave behind.  Thanks to the work of some special people, he and his dog are safely reunited.

He had to be evacuated due to the raging wildfires in California.  As one could imagine, with all of that worry, Ross looked beaten when arriving to the evacuation shelter.

At first, some people were being let into the area his home was to continue to evacuate animals and property.  When the fires got worse due to weather conditions, officials stopped letting people go back.

That’s when Ross met Associated Press reporter Brian Skoloff.  Skoloff was planning to head back into the area Ross’ home was to scout out more stories.  Skoloff grabbed his map, and told Ross to circle where the home was.

“Show me where your house is,” said Skoloff.  “I’ll swing by while I’m out there.”

After going into the fray about ten miles, Skoloff came to the end of Ross’ dirt driveway.  Somehow, the home wasn’t yet touched by the fires.  The firefighters were able to keep the flames off of the house.  This was all well and good, but where the heck was Thumper? (Thumper is Ross’ dog.)

Skoloff walked around the burned yard, whistling for Thumper, and calling out to her.  Just as they were about to give up, Thumper came running out from a crawlspace.  She may have been covered in ash and soot, but otherwise she was in good health from what could be seen.

She leaped into Skoloff’s arms at that point, and gave his face a big old lick.  Skoloff was so overjoyed to have found her that he broke out into tears on the spot.

After getting Thumper into a vehicle for safety’s sake, Skoloff called Ross with the good news.

“Your house is OK.  Your animals are fine, and I’ve got Thumper!” said Skoloff.

Skoloff got Thumper over to Ross at the evacuation shelter.  Once there, Thumper pushed her way through the crowds and to Ross, he entire body wagging right along with her tail. 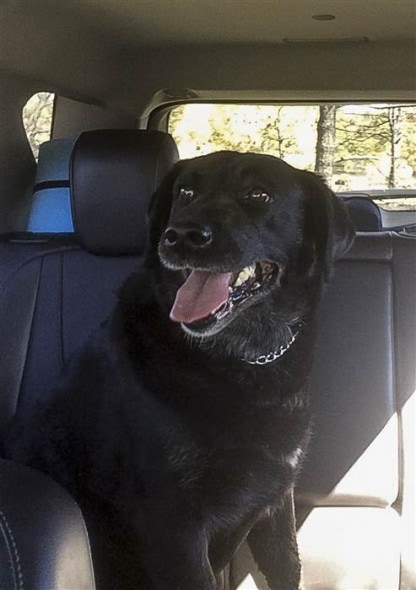