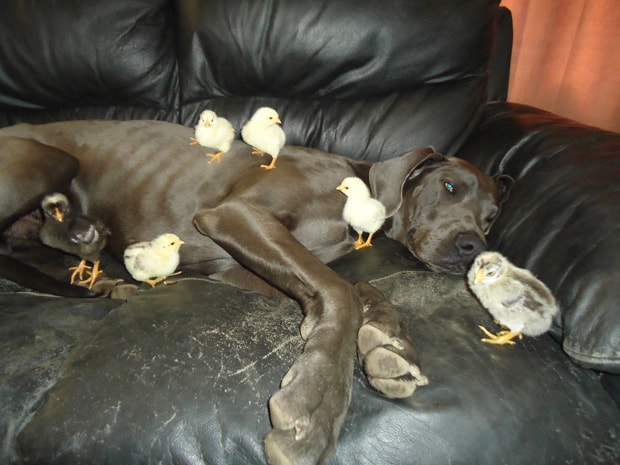 A Canadian Great Dane believes he’s a mother hen – and nobody is about to tell the 120 pound giant otherwise.

“He’s the mother hen of everything here,” says Sue Paull, his owner. “We have a farm and we incubate our own eggs, they’re just a couple of days old and he’s just a true mother to all of them. It’s funny.” For some reason, this particular flock of chicks grabbed Marmaduke’s attention, and now he has adopted them, playing and sleeping with them each day. 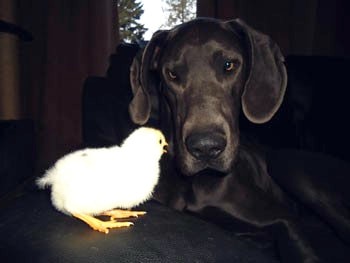 Paull, from Eco Turf Farms in British Columbia, says that while she’s amazed by her young dog’s mothering habits, she thinks she knows why he is so nurturing. “He’s just a really friendly dog. We’ve got lots of kids and lots of animals around, so that’s probably why he’s so friendly.” 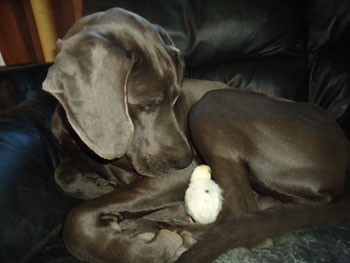 Paull is not sure why Marmaduke took the chicks when he saw them, but one thing is certain: the one year old dog seems adamant about protecting his flock of thirty tiny chicks. 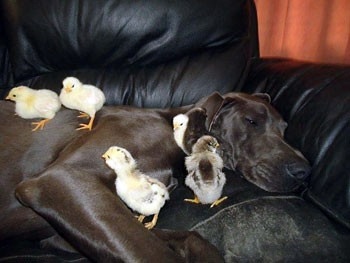 “He’s seen chickens before and tried to play with them, but it was his first time seeing the chicks. We’ve got them in a big box with a heat lamp and his heads in there all the time. He’s just cleaning them and watching them.”