BALTIMORE – Local animal advocates are up in arms over the sentencing of a man accused of beating his dog to death with a plastic pipe. An anonymous call led to the arrest of Derrick Chambers. Officers responded to a report that someone saw Chambers beating the dog before stuffing it in a plastic bag and throwing it in the bed of his truck. Police took the dog to a city shelter, where it had to be euthanized due to extensive injuries. 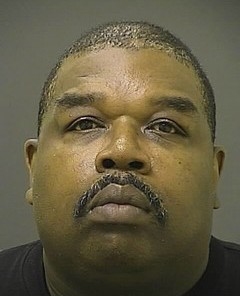 Based on his attorney’s recommendation, Chambers was sentenced to 50 hours of community service at the Maryland SPCA.

“We would never recommend that a child molester do community service with the boy scouts and we should never recommend that a person charged with animal abuse do community service with animals. There’s just too much risk of harm and we believe with the severity of the crime this perpetrator should be punished.” Baltimore Animal Cruelty Taskforce Director Caroline Griffin said. Griffin is a member of the local animal abuse task force. She called the sentence outrageous.

Both she and Griffin say they are incredulous that the court would order him to be around more animals.

12 thoughts on “Maryland Residents Outraged Over Sentencing of Dog Abuser”