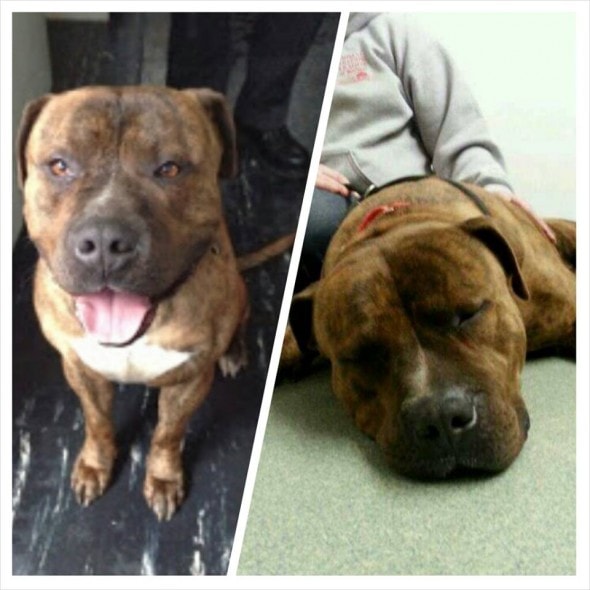 A Massachusetts Bay Transportation Authority Officer biked through the sleet and rain to save a dog spotted wandering on the train tracks Monday morning.

A concerned citizen contacted the MBTA Officer about a dog they spotted wandering the commuter railroad tracks between Savin Hill and JFK-UMass stations. Despite the rain and sleet, Officer Lisa Murawksi-Dupont hopped on her bicycle and rode to find the dog.

“I saw a large pit bull shaking and wet,” said Murawski-Dupont. “He had a look of absolute relief on his face.”

The MBTA halted service while Officer Murawksi-Dupont coaxed the stray dog safely away from the tracks. The MBTA nicknamed the dog Rudolph and contacted Animal Rescue League of Boston who took Rudolph to their Boston shelter. Once at the shelter he was checked out and got some much needed rest.

Rudolph, whose real name is Bear, was later reunited with his family.